Pets on the Beach (And Elsewhere)

I don’t know why, but of all the pictures I’ve taken of my dog Frida, this has remained my favorite. There is just such attitude to her walking out of the fame just as I snapped the picture!

i’ve watched this little dog every day at the beach. He runs back and forth, barking at pelicans, but never catches one!

And this, of course, is why! 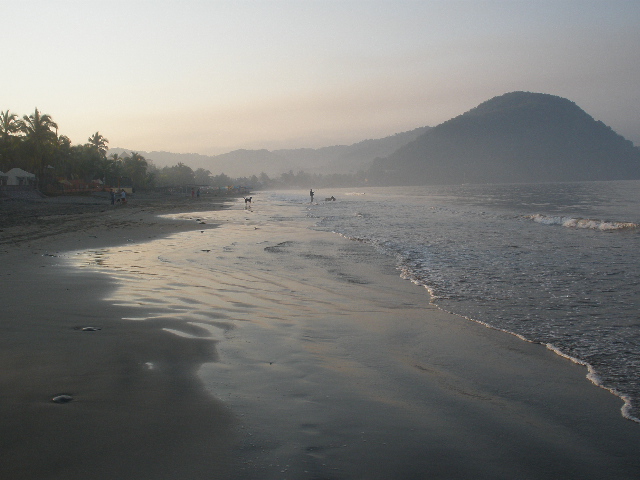 I took a half dozen shots of this early-morning fisherman with his two well-behaved dogs, but this one, taken from a half mile down the beach, remains my favorite. The fact that you can barely make them out in the scene but that they remained the center focus for the fifteen minutes or so it took me to reach them is all in mind when I look at this photograph.. 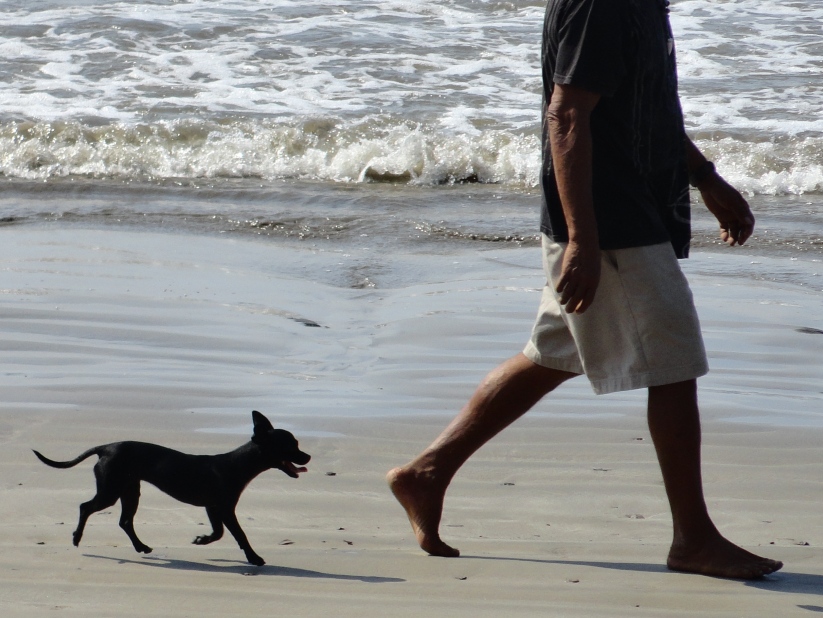 This streamlined little guy prances by several times a day, following his master, who seems to somehow be associated with the fishing boats and frequently goes to consult with the fishermen. Love his tongue!

I love it in this photo that not one foot is on the ground! (Not just a crop job. Different photo, but same tongue, same attitude!) 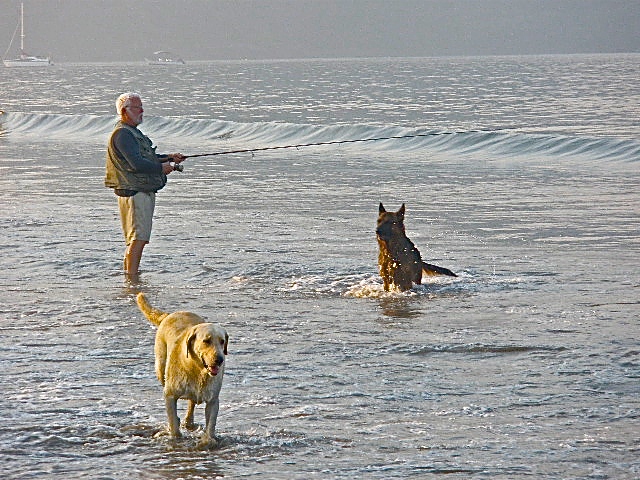 Okay, okay…I know you are wondering why I never showed a closer-up of that long shot. Here it is—the faithful companions.

This elderly man has been visiting the beach every time I have. He sits all day in the palapa restaurant next to my house. Once we played dice. He said he’d only play for money! Ha. Another time he told me his job was artificially inseminating horses. Later, Lora Loca, the proprietor of the cafe, told me this was a lie. I guess the aged have to get their thrills somehow! Someday I’ll probably be doing the same.

This is Bobino, a beach cat I adopted 4 years ago, the first time I rented this beach cottage. He refused to come home with me when I left so Daniel, who has the place next door, adopted him. He is kept well-fed by fishermen. Here he is scoping out his next meal through the deck posts of my porch. A second later, he was streaking off and yes, the fisherman did give him a little fish. One day as I walked under a tree next to my porch, a fish fell out of the sky and landed at my feet. Whether it was fishes from heaven, the grackles up in the tree or Bobino who presented me with this prize, I’ll never know. But, for the future: I don’t eat fish! 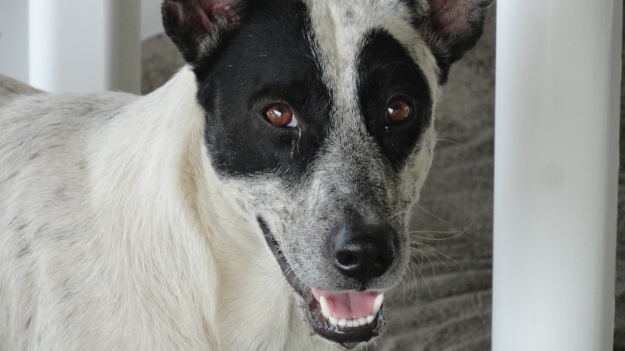 This adorable stranger waited so patiently for the remains of my breakfast at Guacamole’s, one of my favorite beachside eating establishments, that I hope I gave them to him!!

Okay, I know I’ve published this photo before, but I miss my dogs and it took so long to train them to be this polite while waiting for their meals and there is a sort of “waiting to be fed” theme going here, so here they are again: Frida and Diego. Not at the beach, but in my mind as they vacation on the two-acre lot of a friend who has two other dogs and a big field filled with sheep to bark at next door.