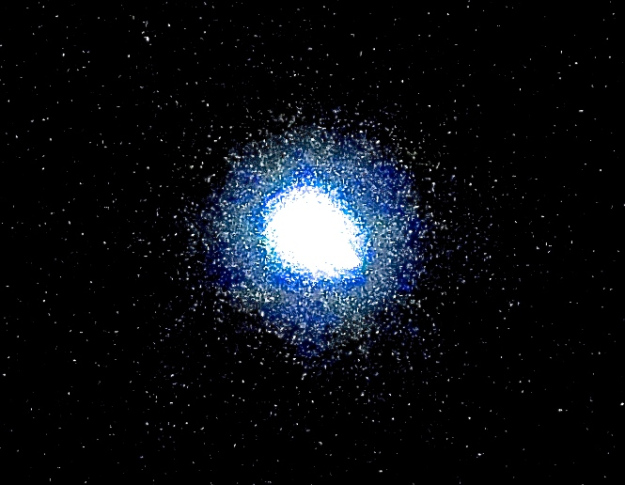 Girded by a pressure suit, guided by skill and science,
an astronaut must learn the lessons of complete compliance.
It requires trust and backbone to travel through the dark,
trusting hands thousands of miles away to guide that ark

that speeds him through the solar system, up to regions where
his surroundings are devoid of gravity and air.
Accepting the unknown and resisting terror’s bark,
he hurtles into outer space, accepting danger’s lark.

What prompts him to accept the threat of loneliness and death—
to face an end from fire or from lack of breath?
It is exceptional valor, proving bravery and worth
to face his end so far from the comforts of this earth.

Does he face a different heaven in another clime,
his molecules merged after death to a different time?
Is he bound to spend infinity apart from worlds he’s known,
blown into the universe, forever, now, alone?

No earth he knows to go to to blend back in the world.
From his own nature’s cycle, now forever hurled.
Does he merge into a wider world, another evolution,
absorbed within the rules of a new orb’s revolution?

Will he travel back again in centuries far distant,
in an alien craft, his molecules so insistent
to return to their origins that they are drawn back home
to the soil of this Earth or to the ocean’s foam?

Or can he find his way back home again solely on his own,
intent on his not spending eternity alone?
How wide is one’s soul’s orbit? How vast its gravity?
Can it bring a shipless astronaut back from infinity?

Word prompts for today are backbone bark, science and gird.

9 thoughts on “The Return”