The Ragtag prompt today is “Like a Circle in a Spiral.” I think that one requires its own post—this time a photo post. I bought this round spiral tile at an antique store nineteen years ago and had it installed over the door of my studio when I had it built a few years later. It is the reverse of the prompt, actually—a spiral in a circle. It has always reminded me of the Pueblo symbol that played a central part in one of my favorite books, The Man Who Killed the Deer by Frank Waters. “A circle enclosing a dot” which was the symbol for man’s place within the tribe and the tribe’s place within nature. Those similar symbols—a spiral and a circle surrounding a dot show up elsewhere in the decorations of my house. In a poem written by Isidro in response to a piece of mine entitled “In Mexico there is always music,” in the symbols painted on the Purapetchan bowl and in the mural painted by Isidro eighteen years ago, as well as a poem painted on the wall outside the entrance to my bedroom. Some of those symbols remind me of an illustration I saw years ago of droplets exactly like some of these images falling as a spiritual blessing from the skies. I always thought they were labelled as “yod” which is a letter of the Hebrew alphabet, but I can find no mention of yod having this significance, although the letter is similarly shaped. At any rate, I love these shapes that seem to show up time and again in different cultures and religions and how often they signify the same thing–spirituality, man’s place in nature, the cycle of nature, life.

This beautiful hand-painted bowl from Michoacan increases in beauty with the addition of nature’s beauty. 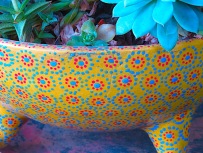 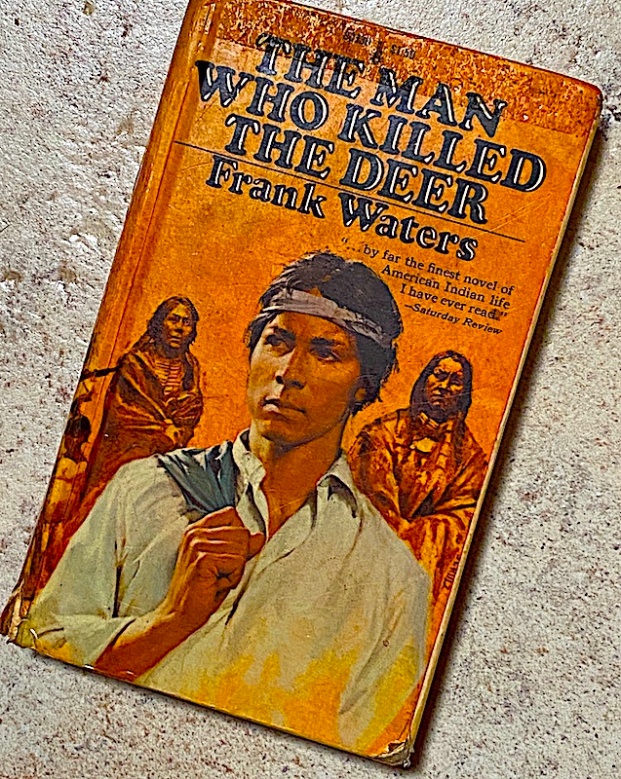