Give me your tired, your poor, Your huddled masses yearning to breathe free, The wretched refuse of your teeming shore. Send these, the homeless, tempest-tossed to me, I lift my lamp beside the golden door! The Statue of Liberty-Ellis Island Foundation, Inc.

In homage to our homeland, we must keep it homogenous.
Protect it from the homeless, the homos and androgynous.
Being a homo sapien is not enough for entry.
To preserve our bonhomie, you must be white or gentry.
Now that you’ve ruined your homeland, must you come ruin ours?
Swarm across our boundaries? Infest our sacred towers?
“Send these, the homeless, tempest-tossed” is seen as just a homily.
For the present powers-that-be, it’s only an anomaly.
America’s our “Home Sweet Home,” but it’s not meant for you.
We have no place for immigrants of your particular hue.

For the dVerse Poets prompt to write a poem making use of a Polyptoton. See other poems written to this prompt HERE.

At the zenith of her powers, the glamorous Ms. Z
knew well the art of camouflage. No one could really see
the heretic that lived inside the one in the first pew.
Not even her most loyal friends knew she was a Jew.

Times call for extreme measures, whatever might protect
and preserve us from dark powers, who if they detect
any threatening differences might decide to strike.
One yesterday thought “charming,” today just labeled “kike!”

What small differences between us do we all obscure?
What hidden denials must we all endure?
Convention is a schoolmarm with a ruler in her hand
ready to dish out punishment for any action banned.

One drop of blood not Aryan or thought that’s not mainstream,
any errant choice of style, any avant dream
might be grounds for action, for all good people know
the harm that comes from those who might upset the status-quo.

*kike is derived from the Hebrew word for circle, which is the mark many jews made on their immigration papers coming into America instead of an X for their signature.  Like many other racial slurs, it came from immigration officers who used it a s short-hand for a population group entering the country.

The prompt words today are camouflage, heretic, glamorous and zenith. 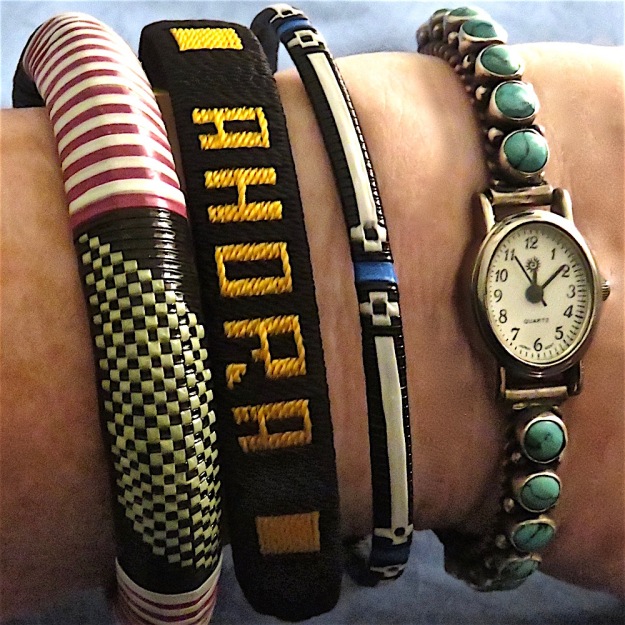 Life metes out a gradual justice that we may not  see.
Not choreographed for one lifetime, not designed for you or me,
but rather, for the planet or the universe.
There’s no way to avoid it, circumvent it or rehearse.
We’re a part of something larger even as we make mistakes
as nature covers over the snafus mankind makes.
Great men may be jaunty, swelled up with their great plan,
but nature has more problems than looking after man.
She has the heart of all within, seeing a scope broader
than the needs of man or any other great marauder.
There is just so much for any of us. When we grab for more,
we can be pretty sure we may be headed out the door.
What species will replace us, or how will we evolve
if we don’t act quickly our problems to resolve?
Even all technology is part of nature’s plan.
Perhaps it’s written that robots will take the place of man.
Micro chips for healing and mechanical hearts
are only the beginning. They are only the starts.
Species that overgraze domains bring about their endings.
So it may be with us with all our diggings and our vendings.
Machines poisoning our air and putting poisons on our shelves
May only be the means of making more room for themselves! 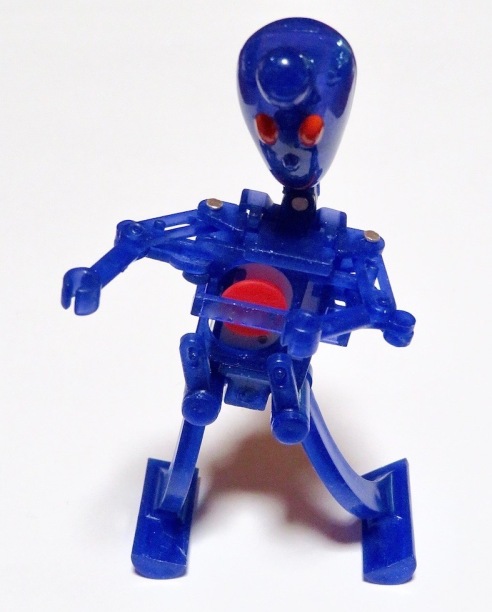 Youth today want to abolish
all the elegance and polish
that has received such veneration
from their parents’ generation.
Jeans with rips and shirts with holes
seem to be their fashion goals.
What is ironic is the tags.
They spend a fortune for these rags!

The prompt today is polish. Image taken from the internet.

When I saw that “base” was the prompt word today, the first connotation that crossed my mind was how my mother used to use it when describing something evil, tawdry, low-down.  Someone had a base intent, performed a base action or a photograph or story was base and tactless. As I remember it, she was not the only one to use the word in this manner, so I was surprised to find no mention of it in online dictionaries.  There, a base was merely the lower part of something, the basis or foundation. And so the piece I wanted to write I found to be baseless in fact.  Ironic, on this morning when I have an appointment and need to be elsewhere soon.

I’ve since been assured by Kate that she, too, knows that connotation of the word, but it brought to mind to me that everyone must have one phrase or saying or word used in their family that they later found was not known to the world in general.  I’d love to hear any stories about your peculiar family words that you’d care to tell–either by pingback to your blog or just as comments below:

The prompt today was “base.”

No mere pea in any pod,
nothing about her crass or odd,
all things about her svelte and mod,
designer clothes, designer bod,
her face a mask, her spine a rod––
Gucci-clad, Manolo shod.
Fortune gave an early nod
to one the whole world came to laud.
Yet as we throw the final clod,
how sad this beauty blessed by God,
choosing to end the whole charade,
now lies beneath the welcoming sod.
Her famous smile––a mere facade.

Some minds are so locked, they will not open to the touch.
Even “Open Sesame!” will not budge them much.
It seems their former mindsets hold them fast within their clutch,
squeezing off the access of new ideas and such.
Perhaps old ways of thinking have just become a crutch,
until they have that stubbornness oft noted in the Dutch!

I like to think my mind remains open to new thought.
For most of my life, I have been willing to be taught;
but when it comes to bigots, their efforts come to naught.
By the likes of Donald Trump, my attention can’t be bought,
and so I try to keep my ears entirely where he’s not,
for if I have to listen, I soon feel them growing hot.

I know what comes from such a man is likely to be rot,
so when I hear his puffed-up voice, my patience is soon shot.
With me his crass pontificating always comes to naught––
his words with fear and loathing usually fraught.
His hysterics reminiscent of Hitler and Pol Pot
dangle bait before a fish not willing to be caught.

A mind as closed as my mind will not open to his touch.
He never will win ingress with fear tactics and such.
Thank God my former mindsets hold me fast within their clutch,
squeezing off the access of bigotry and such.
Perhaps old ways of thinking have just become my crutch,
or maybe all my stubbornness is just because I’m Dutch!

The prompt today was “Open.”