photo by Ben Hershey for Unsplash, used with permission

As a jock he’s overrated. He’s insipid and a bore.
He dishes out the dirt on all his dates that’s mainly lore.
By their choice a second date is rarely in the works.
They have their radar out for all such predatory jerks.
On the field he’s second rate at passing and advancing.
But those skills are stellar when compared to his romancing! 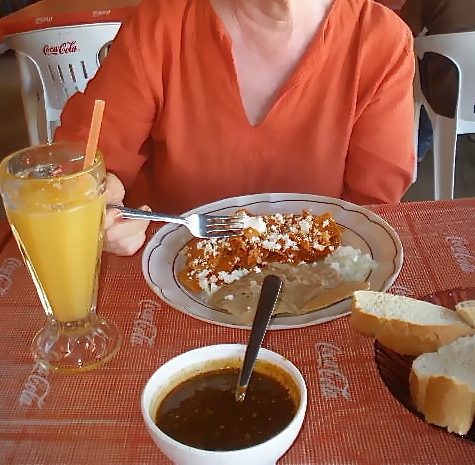 Italian guys are sexy,  but pasta makes me fat.
When a Scots boy served me haggis, had to hide it in my hat.
I had a Japanese boyfriend, but I gagged while eating sushi.
French crepes don’t suit my fancy. I find them bland and squooshy.
Foreign dates? I’ve had enough to man a whole battalion,
and so long as I take care that I’m not dating an Italian,
I’ve found that when I’m traveling and have a need to guy it,
it’s a perfect opportunity for sticking to my diet!

The Ragtag Prompt today is Italian.

I never knew the simple joys
of going out with hometown boys.
For me, romance was never focal
on a male who was a local.
The smart ones just aimed to debate me
but seemed to have no yen to date me;
while the ones who asked were way too slow.
Why this was, I do not know.

I may have been too brash and vocal
for any hometown country yokel,
so when I finally tied one down,
he was a boy from out of town.
Sweet Sixteen and never been kissed,
romance was something I had missed;
but we made up for lost time
with remedial work that was sublime.

So it is, I am confessing,
that mobility’s a blessing.
If what you need’s not where you are,
then I suggest you use a car.
If you cannot shop at home,
it may be necessary to roam.
Free trade’s not just for clothes and toys.
It also works for teenage boys.

The prompt today is local.

You are a lovely woman, Kate—
enough to cause my breath to bate,
enough to stun and addlepate—
but if we stop to ruminate
each time we reach another gate,
it is my fear that we’ll be late.
Why not let me cogitate
when forward progress to abate?
If necessary, I vow to wait
as we wage a long debate
on whether to go left or straight
as we approach the interstate,
but each time you excoriate,
criticise or agitate
for route changes, I rue my fate
the day I set up this blind date!!!

From: Your very competent driver, Nate

The prompt today was ruminate.

The Prompt: Fourth Wall—You get to spend a day inside your favorite movie. Tell us which one it is — and what happens to you while you’re there.

That bouquet of sharpened pencils? They had me from the start.
Who knew that Mr. Hanks had that effect upon my heart?
I know it was the writers. I’m a writer. I’m not dim!
And it was just a role he played—it really wasn’t him!
Nor was it his main character that penned those words so fine.
It was his alter ego that he only used on-line!

Suspending disbelief is what we writers count upon.
In another lingo, we might call it a fine con.
We take our readers from themselves into a new dimension,
where we create a world that’s purely of our own invention;
and there we spin a fantasy that catches them within it—
offering a prize so rare that readers want to win it.

And films use music, too, to try to capture our emotions,
wiping out our common sense and filling us with notions.
The track to “You’ve Got Mail” was as romantic as could be!
If little birds fly oe’r the rainbow, why, indeed, can’t we?
We all identified and put ourselves into the tale,
and when it ended happily, we all read, “You’ve Got Male!”

The Prompt: What’s the best (or rather, worst) backhanded compliment you’ve ever received?

There was a guy in college who was the best friend of my best friend’s boyfriend. I had a crush on him but he never asked me out. Years later, I admitted this to my friend and she told me that he had told her boyfriend, “I want to marry a girl like Judy, but I don’t want to date one in college!” Hmmm. Want to speculate about what he meant?