It is an Armageddon of storms. The local weather site records two hundred strikes of lightning per minute at its height. At first long jagged snake strikes, then two house-shaking claps of thunder and sheet lightning that seems to surround my house. I worry about my two tall Edwardian palms—the highest things anywhere near me. Just yesterday I called my tree guy to tell him I think they are dying. The palm beetle has made its sinister way into our area and since I’ve just had all my palms trimmed, it has crossed my mind that perhaps the tree cutters brought them with them on tools or clothing. It was a few days after they left that huge chunks started to fall off of the trunks and the fronds, green a few days ago, started to turn yellow.

Just a half hour ago, before the wind and the first claps of thunder and stabs of lightning and initial raindrops had hit, I had wondered when the next big chunk of tree would fall. At that exact instant, I heard a loud slapping bang as another chunk fell. As though in concert, the first tympani of thunder sounded, the wind came up and I heard the first spatters of rain against my skylight high above me on the dome of my living room.

Then my whole word was suffused by light and the crack and long roll of thunder as one peal of thunder ran into the next in one long colossal drum roll. The rain pelted down and a high thin wail of wind seemed to whistle around something high up on my house. All rounded corners, there is little sharpness to catch the wind. It is the first time in the 17 years I’ve lived here that I’ve heard this keening banshee whine that I thought I’d left behind me in Wyoming thirty-seven years ago. It was the Mariah of winds, a weather horror story that didn’t fit in here in Mexico, and as though it knew it, after two spine-chilling entwining moaning shrieks, it disappeared.

The night, black and starless, lit up repeatedly, as bright as daylight, like giant flashbulbs going off. The two nearly denuded Edwardian palms stood out starkly against the white sky. “Take a picture,” my Skype friend demanded, and suddenly, my formerly lost camera appeared as if by magic in front of me. Thirty-one times, I tried in vain to capture the lit-up sky. Thirty-one times, I caught only the neighbor’s porch light against a pitch-black sky. Then, on my thirty-second attempt, when the sky flashed white and then black again, the whiteness remained frozen on my camera screen. I had caught it!

An hour after the first clap of thunder, the storm has abated. My house forms some demarcation line as I can hear rain still steadily falling on the front terrace, whereas there is no rain at all on the back terrace or yard. The thunder has stopped. The lightning has been clicked off. Once again I can hear the whir of my tiny desk fan. The dogs lie curled in their beds, as unperturbed as they were even in the height of the storm. They are Mexican street dogs, accustomed to fireworks and the celebratory firing of guns into the air, to loud weekend parties in the houses across the street that stretch into the morning hours, to loud banda music and the air brakes of big trucks carrying gravel or boulders up and down the mountain. Only the sound of the clink of the cat dishes on the stone terrace as I feed them half a house a way could stir them from their beds. The cats are no doubt in an entwined pile in their large and cushy bed in the garage. All things around me: the storm, the cats and the dogs, have put themselves to bed and it is my turn to cease my consideration of the Armageddon that once again has threatened and then passed us by. All’s right with the night for now and that is as much assurance as we are likely to get in this world––a lullaby of sorts telling us its time to end the adventure for today and to sleep. 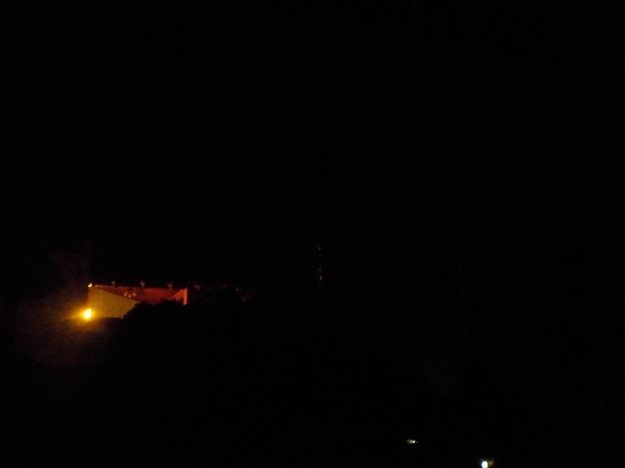 One second it is night and the next it is day!

Raining again. Furniture moved away from the leaks, towels and bowls out in danger areas. 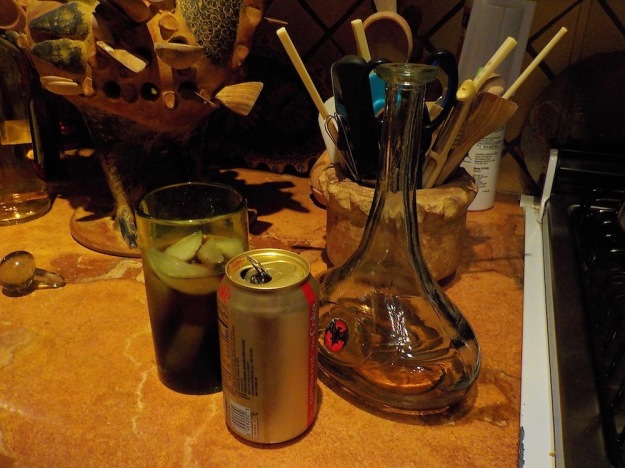 Time for a Rum and Coke, and bed. 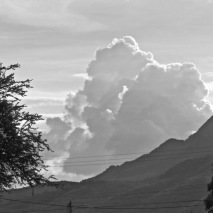 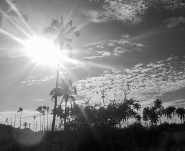 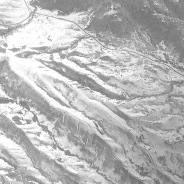 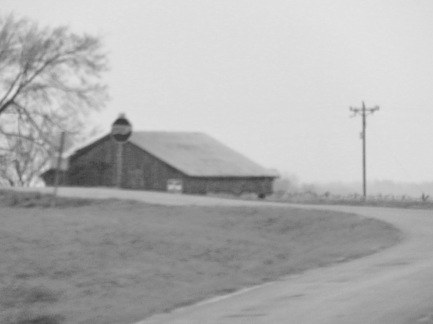 The prompt today was “reprieve.” Sometimes what seems to be a reprieve doesn’t quite live up to expectations.  Here’s a poem I wrote three years ago that tells the tale of such a time.

Caught short by the rainy season, I should have known better.
Though I’d left home high and dry, I knew I’d soon be wetter.
Defenseless  in the downpour, I ducked into a store.
Just to get some shelter,  I rushed in through that door.

I felt that I was lucky as this store was full of stuff,
though finding what I needed might be sort of tough.
The store clerk shuffled up to me, though he could barely stand—
an umbrella just as old as him held up in his hand.

Lucky when I chanced upon this ancient wrinkled fella,
he happened to be carrying a really big umbrella!
I opened up my pocket book and located a fiver.
Now I wouldn’t spend this day wet as a scuba diver!

But when I left that thrift store with my practical new find,
I found that I was actually in the same old bind.
For opening up my parasol, I uttered “What the heck?”
As rivulets of water ran down my head and neck.

The purchase I’d just made, I found, would be no help at all.
I hadn’t noticed that the shop was St. Vincent de Paul.
The fault was no one else’s.  I know it was mine, solely.
I should have realized sooner that my purchase would be holy!

I think the rainy season has started with a vengeance.  Driving rain, lightning that lights up the entire sky, thunder that sounds like the end of the world and Mariah-like wind whistling in around the door cracks.  Frida has slunk in to be near enough to her mom for protection but just far enough away so I can’t easily reach her with the grooming brush.  And––that true indication––a leaky roof. As usual, it is around the skylight far up on the dome.  I had to move the couches and end tables and both the handmade paper spiral lamp you can see in the background and the handmade paper bowl I made are sopping wet.  That’s okay.. they were wet when I made them, so as long as they are undisturbed, they’ll dry out tomorrow.

The ceramic vase in the shape of a woman that my friend Julie made looks askance at the sodden paper bowl. The heart shaped rocks and other precious objects it was filled with sit drying out on the counter.  The rain pounds and abates, pounds and abates, but we are all safe, electricity is still on, Pasiano won’t have to water the plants tomorrow.  All’s right with the world. 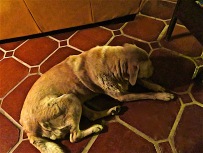 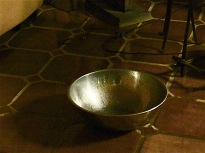 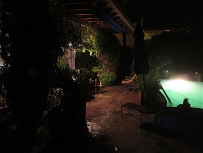 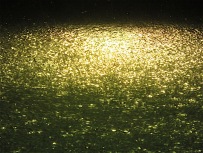