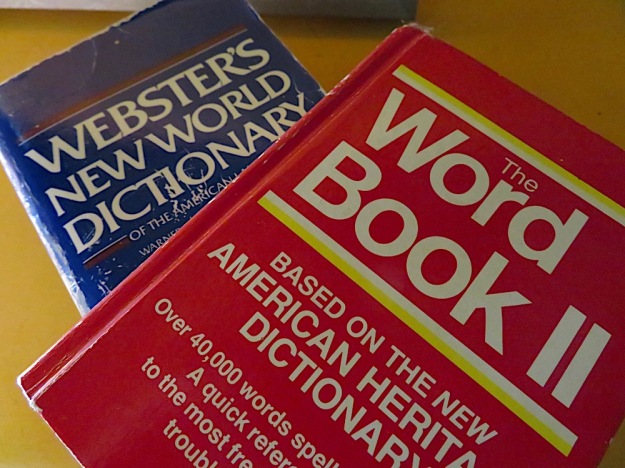 “Jejune” is a word that I bet you don’t know.
It simply means tedious, dreary or slow.
Guileless or boring, simple or naive—
artless and unworldly with naught up your sleeve.

When it comes to semantics, jejune folks won’t quibble.
They do not distinguish between drip or dribble.
When they need a haircut, please tell them they’re hairy.
Calling them “hirsute” will just make them wary.

If  big words should reach the apex of your tongue,
consider taking it down just a rung.
Jejune folks like small words like “pretty” and “cute.”
Words like “alluring” will render them mute.

Words like “obstreperous” also won’t do.
If you use a big word, they won’t have a clue.
Don’t call it a “wen” when it’s merely a pimple.
Things are much clearer when words are left simple.

Chritsine issued me a further challenge after she read their poem, so I wrote another. You can fine a link to her challenge and also my poem–short and silly– HERE.

New Word for the Day: Chronopromptophobia

Chronopromptophobia is the fear that your prompt will not be posted in time for you to write it before you need to get on with the day.

Etymology:  from the Latin roots chron: having to do with time;  prompt: to urge forward (ironically, this also designates  timeliness, as in “on time”); and phobia: fear.

The original term was coined in 2014/2015 when a major world blogging site experienced a series of breakdowns wherein prompts were either not published or were published so late in the day that the world economy suffered from the number of bloggers who called in sick to work to enable them to sit home and check every few minutes to see if the prompt was posted.