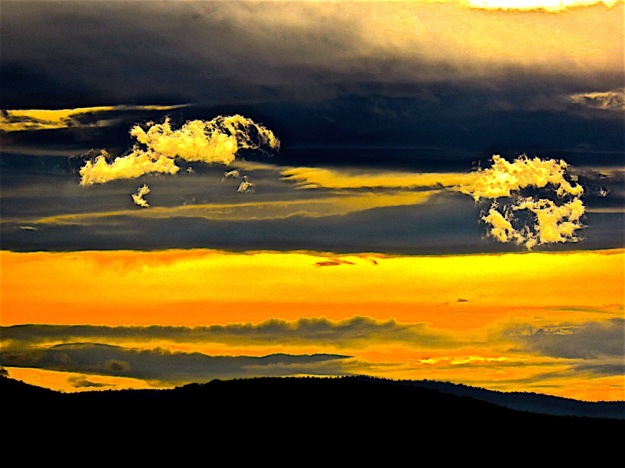 Keeping Sacred in the Right Order

How ironic that that which should unite us so often divides us instead. If there is one reality, then every religion that unites us with that sacred reality should unite us to each other as well. But sadly, that which should be sacred turns us scared instead. Just one slight shift in the letters creates what man creates when he attempts to define the universal instead of just feeling it. In vehemently insisting that our way is the only way, we are both demonstrating our fear that someone who thinks differently from us might prove our way to be wrong as well as setting up the same fear in them. We are one. Everything points to it, and it is what most religions profess in words regrettably finite which cannot quite grasp the concept that no matter what our belief, it should in the end profess that one truth. The fact that what prophets once expressed has been bent by those less prophetic to promulgate division instead of oneness is the great irony of organized religion down through the ages.

These factions and sects and denominations that set themselves above the rest—that declare one group heathens or infidels or unsaved, move themselves one step farther from faith and one step closer to dogma. The entire world is sacred. We see it in the petals of a hibiscus or a dandelion, a Christian or Jew or Muslim.  All children, in their innocence, possess this sacred quality and then we go about trying to help them define it and in doing so, kill the very thing we are trying to define.

Sacred is not limited to churches or synagogues. Sacred is a holy place within us that we go to to connect with the universal. We could do this as well at home if we took the time to do so. But all people and all places that call themselves holy are not so just for the telling. If the “holy” man speaks of divisiveness, he is not holy. If he holds his religion up above the rest and points fingers at those who believe differently, he is not holy. He is a politician as surely as the man who runs for congress. He is politicking for his own beliefs rather than trying to guide you to your own.

A walk in the woods or a swim in the sea, the painting of a picture or the careful stitching of a quilt, lying on a blanket in the shade with a child and watching the progress of ants—all are holy pastimes that can take you closer to the sacred in yourself.  Do not let anyone turn your “sacred” into “scared,” for holiness is in every molecule of our universe, and all of us have it spread equally within ourselves.  It is just up to us to find it.

The prompt today was “sacred.”

Music is a mirror, not a map. Looking in it we may see what we are and what we were, but looking at someone else’s song as a prediction of our own future is like looking in a fun house mirror and believing it is reality. All representations are a fun fiction–a hope, a faulty remembrance.  If you want to know your future, just live it.

In response to The Daily Post’s writing prompt: “Mix Tape” –-Put together a musical playlist of songs that describe your life, including what you hope your future entails.