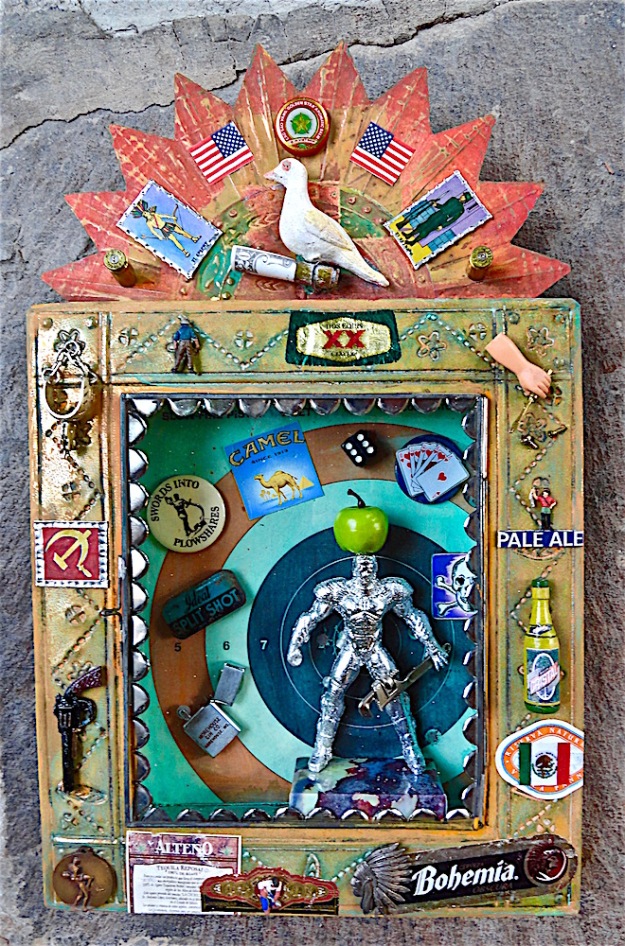 Wielding words like bludgeons, they stumble through our world,
supporting fools as their gods, confederate flags unfurled.
Motivated more by hate than any rational thought,
they’d have no more spices added to our melting pot.

Hooligans wielding bludgeons as simple as a vote
cannot see the truth of what their voting might denote.
A businessman with ethics determined by the dollar
seems to have convinced them he’s the friend of the blue collar.

Bankruptcy and divorces, rash words and rasher actions.
Tax-dodging obligations, like a child in his reactions.
His minions yielding bludgeons, be they cudgels, guns or mallets,
now have it in their power to trash the world with ballots.

So all these bleating sheep with their lovely little daughters
will feed them to misogyny, like lambs led to their slaughters.
What leads nations on in these times of mass delusion?
Tomfoolery and hate and fear can lead to mass confusion.

We’ve seen it down through history with Hitler and Pol Pot.
Attila and Idi Amin, Gaddafi and Sadat.
All the blind majority led onward by a dunce.
All the dark sides of the world coming out at once.

Please, fathers love your daughters and mothers love your sons.
Protect them from the hatred of bigots wielding guns.
From politicians inventing facts and changing history,
leaving devastation wherever they might be.

We’re taught that justice must be blind to shield in its detection
of prejudice, and yet that selfsame blindness in election
may lead to faulty judgment that leads to foolish acts.
We should not cast our ballots when blinded to the facts.

The prompt today was “bludgeon.”