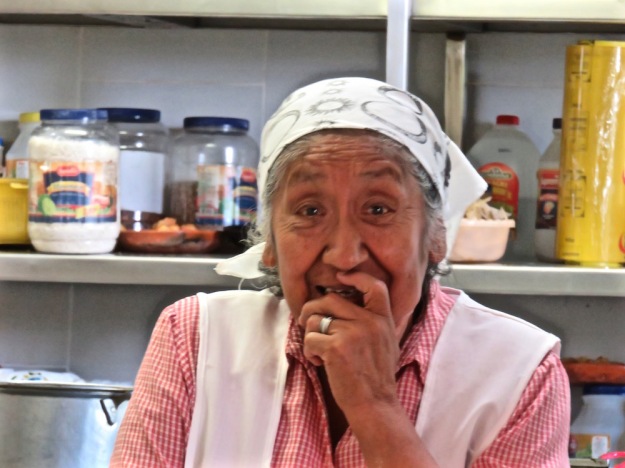 Other times by special faces. 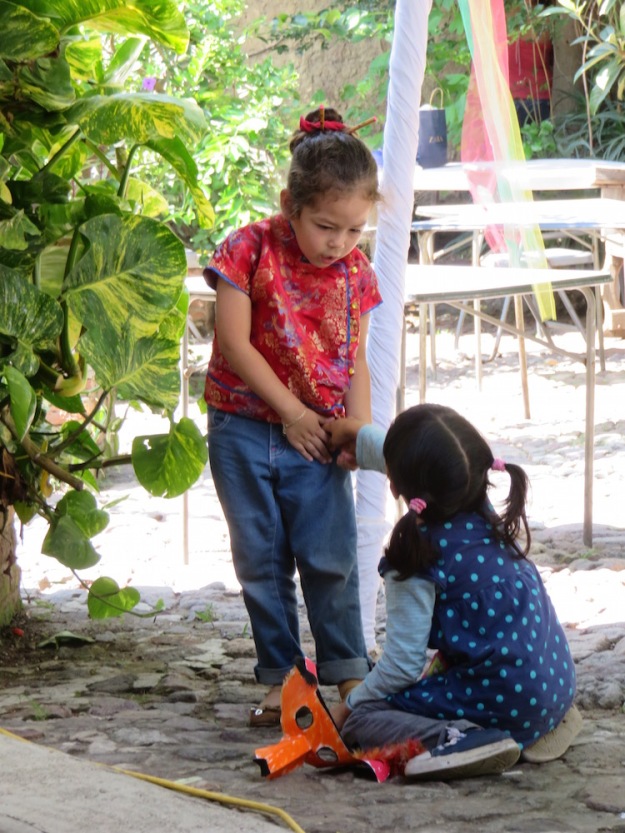 Stories going on around me.

Coincidences that confound me. 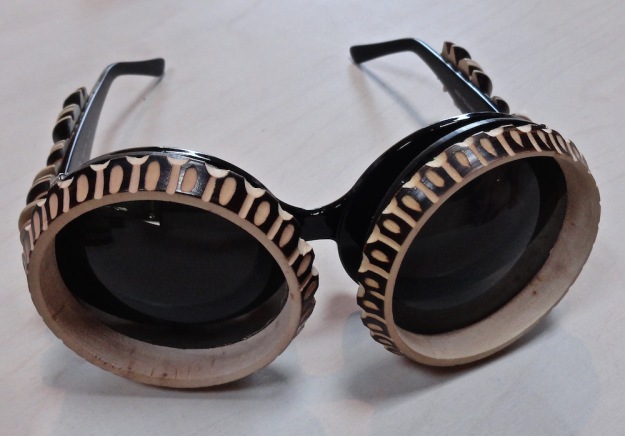 But if I see nothing else instead,

I simply go inside my head.

In the Blood!!!
(Dedicated to Walter Palmer)

Don’t you just love football—the running and the tackling?
The sounds of hamstrings pulling and the crunch of femurs crackling?
We sit up in the bleachers eating hot dogs, drinking beer,
comfortably viewing blood sport—the kind we hold so dear.

Aren’t dogfights lovely–the growling and the whining?
Too bad they aren’t more elite, so we could watch while dining.
So amusing watching canines being dished their due.
Dying is so entertaining when it isn’t you!

Better still are bullfights, though they’re few and far between.
The bull so lithe and dangerous, the matador so lean.
The best part of the sport is that the dying is so slow.
I feel its thrill suffuse me from my head down to my toe.

We adore big game hunting in such exotic lands–
our chance to prove our manliness with our own two hands–
handing over money to those trackers in the know
who guarantee an easy kill with rifle or with bow.

Easy on the hunter, but not the animal,
for just because he’s hit the prey’s not guaranteed to fall.
We get more for our money if he’s hard to track,
and war games are more pleasant when one’s foe doesn’t shoot back!

All these minor titillations just a prelude to
the main event and the most major way of counting coup.
Once all the good old boys are finding life is just a bore,
they round up all the younger men and send them off to war.

See how the valiant struggle, see their stripes and purple hearts–
apt pay for missing arms and legs and other blown off parts.
Lucky to be home at last and lucky to be living–
the products of that blood sport that just somehow keeps on giving.

R.I.P. Cecil and the numerous humans who have shed blood in unnecessary wars.
This post is in response to The Daily Post’s writing prompt: “Game of Groans.” Think about an object, an activity, or a cultural phenomenon you really don’t like. Now write a post (tongue in cheek or not — your call!) about why it’s the best thing ever. 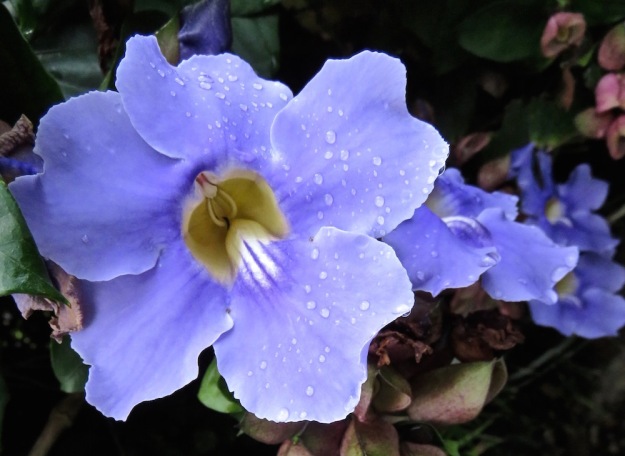 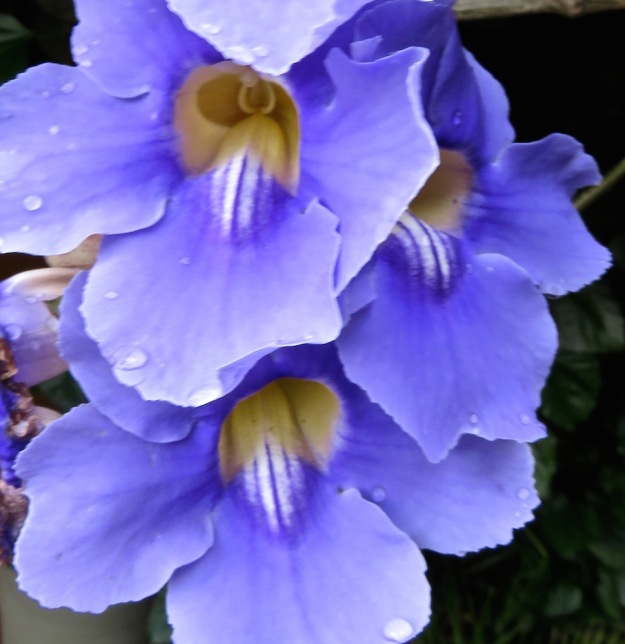 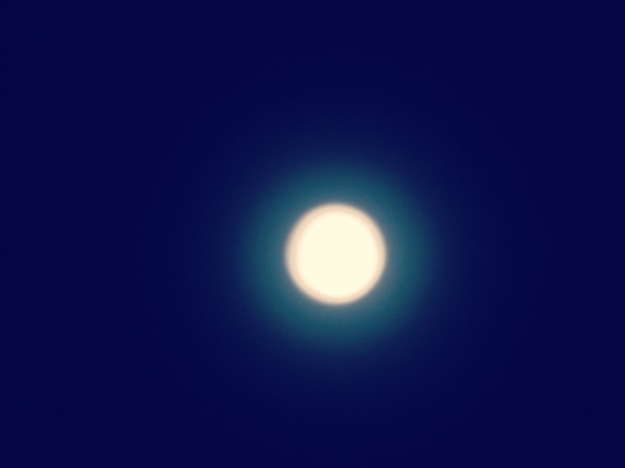 July 31–and a blue moon.  There won’t be another until January of 2018.  Makes me think I should go dance in its light, or take a moonlight swim.  How are you celebrating the blue moon? All of these shots were taken tonight.  Although I lightened the first a bit, the second and third shots have not been altered in any way.  When I pointed my camera at the moon, it took twelve very fast shots and each one turned out differently.  Magic of the blue moon,  which, although you probably already know this, is when there is a second full moon occurring within one month. The first full moon in July occurred on July 1 and this one, the blue moon, occurred the night that began on July 30 and will end on July 31. And just in case you need more Blue Moon, go here to hear the predictable background music: https://www.youtube.com/watch?v=FoOhLndbkx8

Wow, within 15 minutes of my final edit, the wind came up strong and fast, thunder roared, lightning cracked, moon disappeared and a downpour began that is still raging.  So glad I didn’t get into the pool! But, the air smells amazing.  Canine kids all snuggled in their beds inside  their separate rooms. I think I’ll play the Cowboy Junkies rendition of Blue Moon (link above) again and try to sleep, in spite of the excitement outside my open sliding door.

This is such a sincere and original piece that I have to reblog it.

This post is for all of those lovely young women who are considering pregnancy/dreaming of pregnancy/in the middle of pregnancy.

You know those pesky gift giving days (Christmas, Mother’s Day, Mom’s Birthday….) when you just can’t figure out what to give your Mom? Those relentlessly repeating days when you are supposed to present your mom with a lovely gift, all tastefully wrapped and accompanied by a ridiculously drippy card all about love and flowers and dancing angels…..You know what I’m talking about! I know you do!

Well, here’s the secret that they don’t tell you in the “how to please your Momma” textbook.

Your  Momma doesn’t actually need another #1 Mom coffee mug, or another pair of Ultra Comfy Slipper Socks.  Or a gift certificate to the local grocery store.

If you really want to make your Momma happy, and fill her heart with love and gratitude…

The most humid place I’ve ever been is Bali, but the Amazon rainforest came in a close second.  Whereas in Bali, our clothing consisted of sarongs and nothing else, fear of mosquitoes and malaria in Peru meant we needed to be fully covered at all times.  This made for sticky times but all that humidity made for gorgeous skies.  Here are some of them: 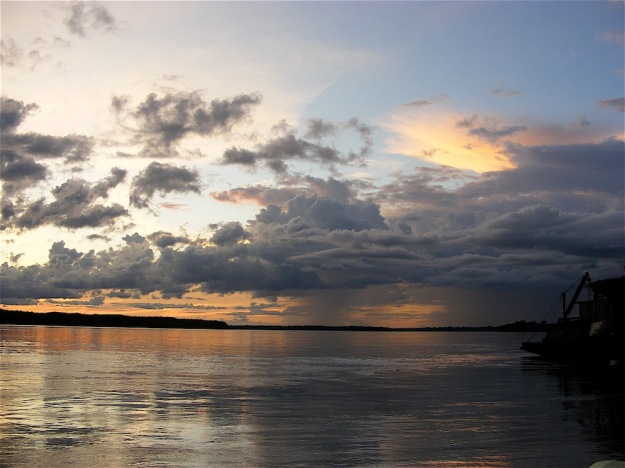 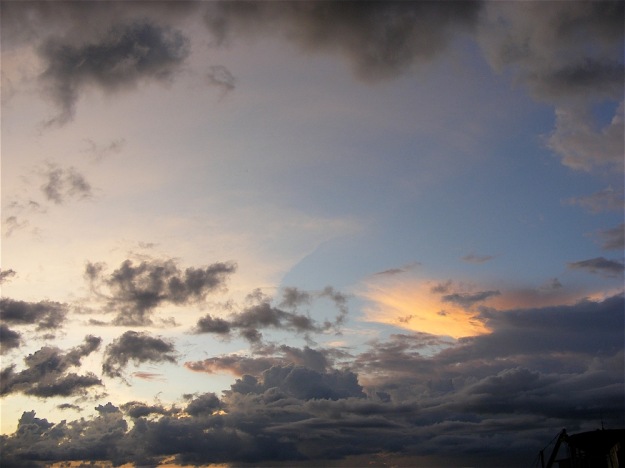 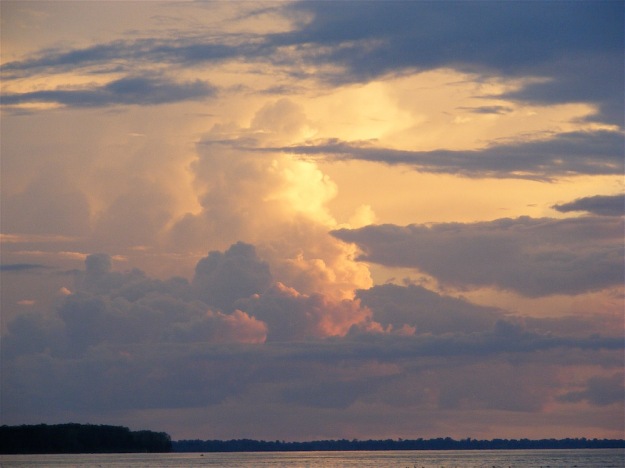 I had to go through about ten blogs before finding words that made any sense at all.  This prompt, to go to your favorite blog and choose the fourth and fourteenth word and fill in the blanks  “(blank) is the new (blank)” is a good idea at first glance, but doesn’t really work unless you say choose the 4th and 14th noun or pronoun!  (“Is is the new and,”  “but is the new the???”  Just don’t work.  I think this was Jennifer’s blog I got my words from, but my Reader fast forwarded and I couldn’t find it again and I have to leave for camp, so here it is for what it is worth.  I’ll post later this afternoon when I get home!!

Sounds to me like it is the end of the relationship! 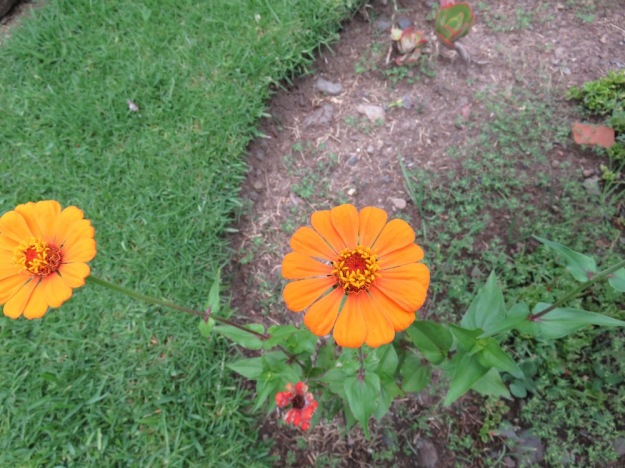 I so rarely get down to the garden when all the zinnias are fresh and unmarked that I just had to make them my flower of the day once again.  They are so perfectly perky that if they were humans, they’d be annoying, but since they are just flowers, they earned my undivided admiration.

Finally, I had time to take some pictures today.  The experience in Ajijic has been very different from the one in San Juan Cosala.  I’ll let the pictures stand on their own and see if you can see the contrasts. 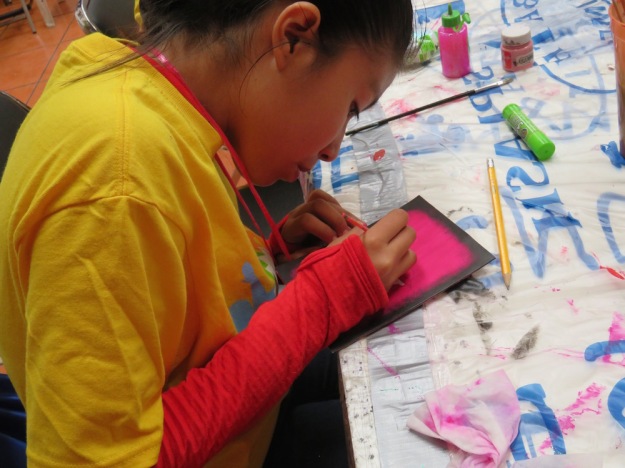 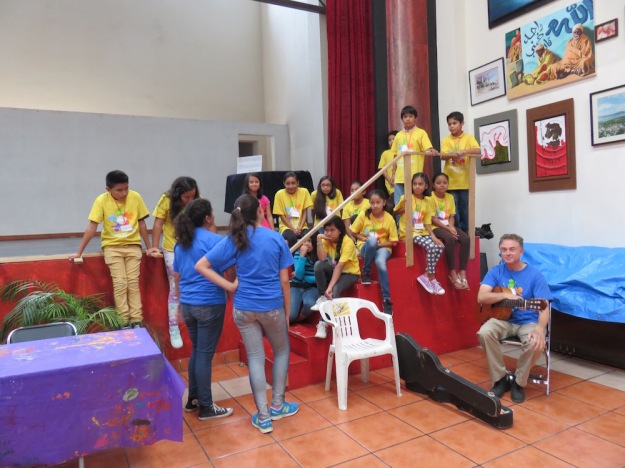 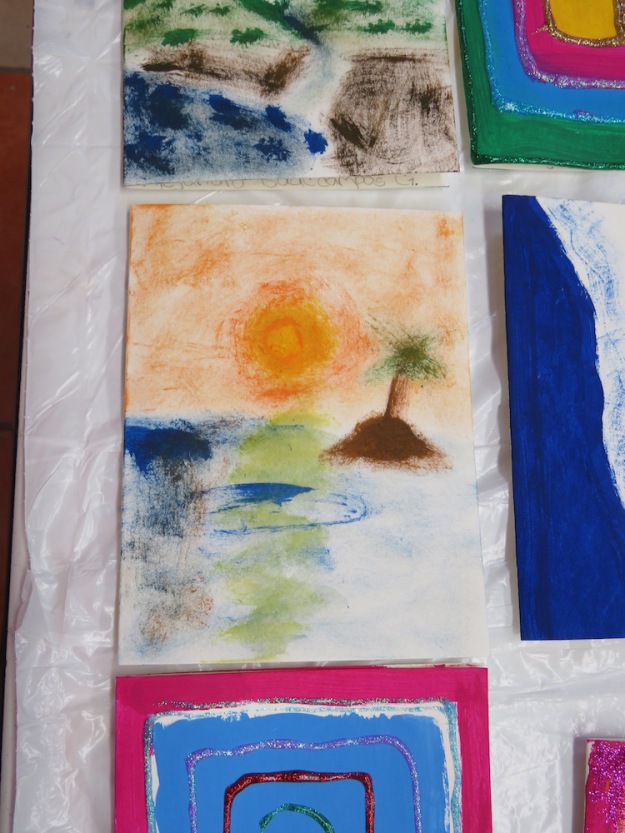 In response to The Daily Post’s writing prompt: “Simply the Best.” NASA is building a new Voyager spacecraft that will carry the best of modern human culture. What belongs onboard?

*A copy of the poem “Wild Geese” by Mary Oliver
*A recording of Townes Van Zandt’s “Snowin’ on Raton” performed by Gretchen Peters & Tom Russell
*A video of the birth of a child
*A video of children playing a nonviolent game
*A video of a sunrise and sunset
*The recipe for baking powder biscuits
*An Apple MacBook Air
*A pair of Crocs sandals
*A bottle of Bacardi Anejo Rum
*A glass jar of chocolate pudding plus a recipe for making it,
*A recipe for dark chocolate ice cream
*A book showing pictures of flowers
*The picture of a tree
*A satellite video of an entire revolution of Earth
*Pictures or videos of a representative sample of the animals on Earth
*Life-sized replicas of a human male and female and a video of their movements and speech
*A copy of the U.S. Constitution and Declaration of Independence
*A copy of the human bill of rights
*A video of a performance of Swan Lake
*A video of a performance of break dancing (Or whatever is current. Sheesh, am I out of it!)
*A video performance of “The Voice.”
*A sealed glass jar of seeds from flowers, grass, trees, vegetables and fruits.
*A pair of Levis
*A lock of human hair
*A jar of nonpolluted air
*A jar of water
*A solar panel
*A sampler of bills and coins from several nations
*A Credit Card
*A profile from OK Cupid
*An art book of famous paintings and sculpture
*A picture of mountains
*A home video of a family interacting
*A copy of the film “You’ve Got Mail”

I could go on forever with this, so I’m just going to stop.  I had lots of other things indicative of life on earth and then saw that it was supposed to reflect the “best” of modern culture, so I took out the jar of polluted air, the jar of petroleum, etc.  Interested to see what others have said and to see what i’ve left out!!