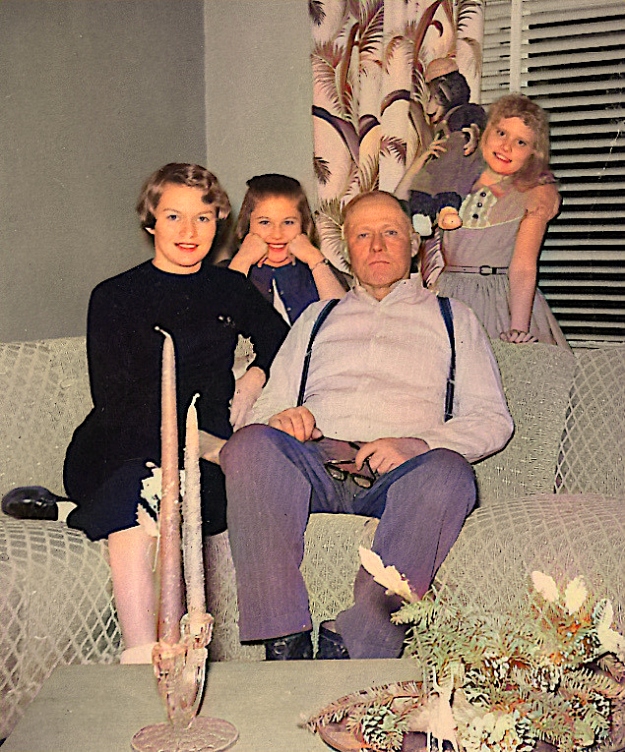 A while ago, (and also earlier today) in my blog, I published  this photo of my sisters and my dad and I in our living room. I think I was 8 or 9 years old at the time the photo was taken. Soon after the first time I published it, a friend here in Mexico, Janice Kimball,  called me and said she had a gift for me and could I come to dinner and she would give it to me. I did so and when she gave me the “gift” it was piece of material she inherited from her aunt that she has kept all these years and even brought down to Mexico with her. Yesterday, I made it into a pillow and this is a photo of it. What are the chances?

I was going to put it down in my hammock with other throw pillows and put it in a basket at the foot of my bed with some other materials going down to my studio or my hammock area so I’d remember to take them down, but when I went to bed last night, I happened to see it and put it on my bed instead and slept on it all night. It was so comforting I decided to leave it there.  Being in lockdown means you never have to make your bed!!  ;o)

18 thoughts on “What are the Chances?”