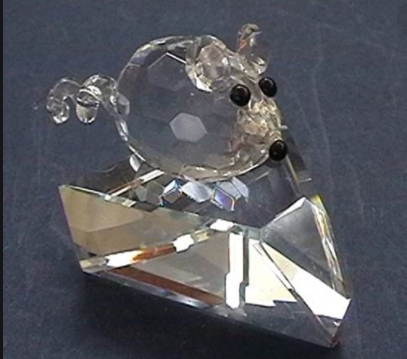 My cat is feeling obdurate and that is no surprise.
I see it in extended claws. I see it in his eyes.
His back is hunched into an arc. His hair all stands on end.
His lips are stretched back in a hiss, his teeth ready to rend.

When he lets go a loud remark, it sounds more like a chatter.
I look up from my magazine to see what is the matter.
The prism on the windowsill reflects a flashing gleam
and he springs into action to try to catch its beam.

Like an arrow, straight and sure, he shoots across the room,
but when he does, his target’s gone. Vanished in the gloom.
It seems his prey has vanished. It’s nowhere to be found.
He’s wasted all his energy: his speed, his stealth, his bound.

The cat door closes with a swish. He’s off to other pleasures.
Out in the sultry cloud-swathed world, he’ll resort to other measures.
He saunters by the hen house, hungry, but it’s no use
He still bears the scars of the rooster’s last abuse.

While the men are busy milking, he’ll crouch there in the dirt
hoping if he’s lucky to receive a friendly squirt.
He’ll troll the barn for mice and rats, then comb the prairie grass
for game that’s more digestible than prey that’s made of glass.

10 thoughts on “Cat and Mouse”