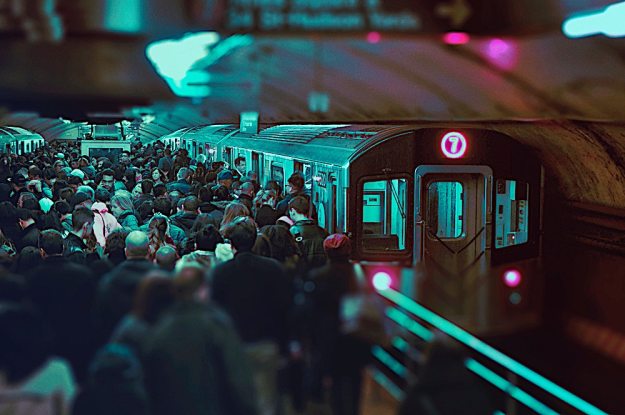 Out of the Whirl

As you linger, drifting, regardless of the fray,
flow along and follow the currents of the day,
do other rasher travelers pass you in a hurry,
trembling that they may be late, foreheads  furled in worry?

Those who are part of the chase create a draft in passing.
Some mumble their apologies while others pass by sassing.
Do you stand as in a spell, marveling at the chase?
Do you linger at the turnstiles, craving a slower pace?

When was it that our time became a thing we cannot waste?
What edict declared  lives must be endeavors of such haste?
Was there a sign from heaven that said there was a need
for lives to be conducted at such a breakneck speed?

“Slow down and live” the roadsigns say—advice that’s good for all.
“Take time to smell the roses” is also a good call.
What we gain with all this speed won’t make up for the cost.
For every second gained in speed, in fact, a second’s lost.

In your life the getting there should be half of the fun.
If time is only something you are hoping will be done,
you’re missing out on half the point, and it is a crime.
Some of the greatest joys in life may come while wasting time!

For the Sunday Whirl