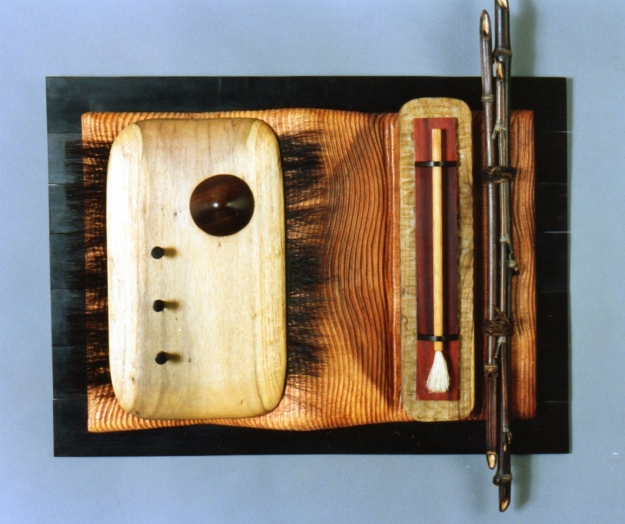 The Prompt: Writer’s Block Party—When was the last time you experienced writer’s block? What do you think brought it about — and how did you dig your way out of it?

It was in 1986 and I was in a writer’s workshop in L.A. that was run by Jack Grapes. For the past five years, I had been writing daily, studying screenwriting and then poetry and working as a publicist and P.R. assistant for a TV production company. My whole world had become writing after I quit my job as an English teacher and move to CA to do what I had been teaching others to do for the past 10 years. Then, suddenly, I could not think of anything to write.

I had seen this happen before to others of Jack’s workshop participants and he seemed to have an uncanny knack of finding unusual solutions. For one talented writer who was pale and listless under her spiked hair and punk clothes, he prescribed a program of daily exercise and, miraculously, her poetry came alive as she did. But for me, Jack prescribed another remedy. “Do art!” he said. “I forbid you to do any writing at all. Instead, I want you to do art!”

But I wasn’t an artist, I protested. I didn’t know how to do art! Jack continued to insist. He told me to go to the dime store and to buy whatever interested me and to put it together as a collage. And so for a week, this is what I did. I bought a rubber mouse, a block of Morilla paper, acrylic paint, Popsicle sticks and confetti. I glued the mouse and confetti to the Morilla block, constructed a fence around them with the Popsicle sticks and cut out words to surround them that said, “Party mouse wants to come out and play but can’t!”

I broke Jack’s rule and wrote, filling sheets with words that had no logical connections with each other, then cut them up and made sculptures out of the strips of paper. I took the foil lids of empty individual plastic jam and butter containers brought back from a trip to Europe and cut them up, gluing them down along with other strips of words to form three-dimensional shapes, forming other object/word sculptures.

At the end of the week, I believe I had about seven works of what I didn’t think anyone would even loosely call “art.” Jack had told me to bring them in with me; but when I got to his walkup apartment in Hollywood, I left them in the car, embarrassed to show them. There were 25 others in the workshop. Perhaps he’d forget. I should have known better. When it came my turn to present, he asked me if I’d followed his “prescription.” When I admitted I had, he asked where my product was, and soon Bob (a man in the workshop who would in less than a year become my husband) and I were negotiating the stairs, carrying my “sculptures” up to face their first audience. I remember being so embarrassed to show them, but I was as accustomed as everyone else in the workshop to doing exactly what Jack said.

The reaction was the opposite of what I expected. Everyone loved my sculptures. One of the women in the group who had a gallery on Melrose asked if I’d like to have a show at her gallery. I was stunned. No way. I wasn’t an artist! But from that day on, for ten years I did no writing but did only art. I started out gluing found objects on stones, then when I married and moved to northern CA, I studied metalsmithing and papermaking and made my living for the next 13 years exhibiting in galleries and doing craft shows across the country

Ten years later, as the curator of an art center, I staged a show called “The Poet’s Eye/The Artist’s Tongue” that featured art that included words. This was when I started writing again, and I’ve been writing ever since. When I came back to writing, however, it was from an entirely different place—a place of “not knowing.” I wasn’t trying to write according to a preconceived idea of what writing should be, but rather from a place of intuition and what wanted to be written.