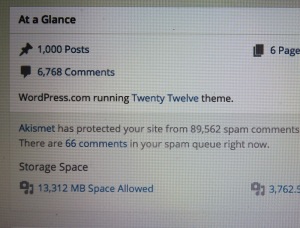 When I made my first blog entry on NaPoWriMo, taking the big step to commit to one posting a poem a day for 30 days, it seemed like a task I might not be able to complete.  I made the pledge to myself nonetheless, perhaps knowing my own nature and my dislike of not fulfilling obligations.  I made it, sometimes in the nick of time.  I think one posting was made at 65 seconds before midnight, thanks to a power outage and earlier obligations which kept me from posting first thing in the morning, as I usually did.

My days during that first month of daily postings went pretty much as they go now: 8:30, let the dogs out and see if the prompt was posted yet.  9:30–last possible moment to feed the dogs without Frida going into an apoplexy of barks.  By noon, my poem was usually written and posted, but sometimes the internet went out.  Sometimes workmen came.  Sometimes the electricity went off.  Other than these mitigating circumstances outside of myself, posting was always first priority. 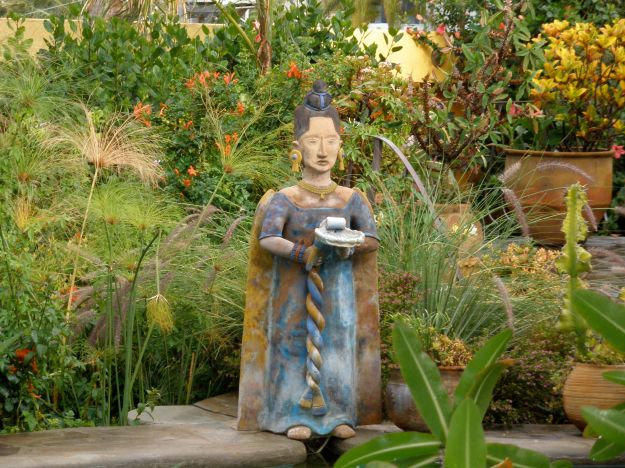 This was my first ever picture posted on my blog, on September 12, 2012. This fountain of a Mayan woman is long deceased, having been knocked into the pool by a visiting workman, repaired and repainted, then again knocked in by either my gardener or dog–a different report according to who was speaking. This time, she was unrepairable, so parts of her reside separately in different parts of my garden. 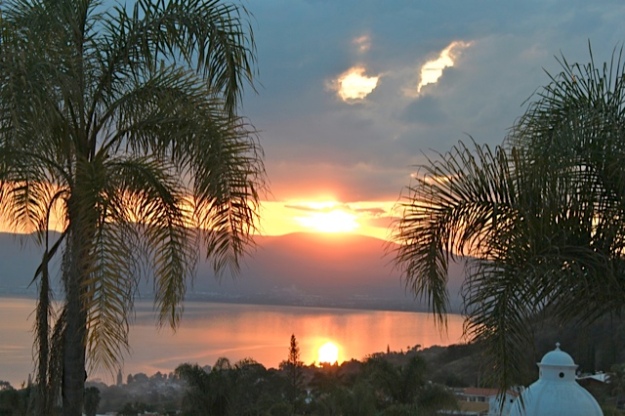 I didn’t post any more pictures until March, 2013.  This is one of the pictures I posted then that I used for the cover of my book, Lessons from A Grief Diary–which was initially my purpose in starting a blog, but after my initial posts and a few replies by readers and friends, my posts were few and far between until April, when I participated in my first NaPoWriMo.  After that month of posting a poem a day, I made  almost no posts again until April of 2014 when I again participated in NaPoWriMo.  It was at the end of that 30 day period that I decided to just keep going by doing the WordPress daily prompt, initially posting every day, then gradually adding photo prompts and occasional challenge prompts from viewers, up until the present day, when my record total number of posts per day reached 9 one day this past week.

I had no idea I had made that many until I read it on my stats page. I was sure they were wrong, but they weren’t. So it is official.  I am obsessed by blogging.  Not only writing them but reading them and conversing with other bloggers.  I love that I am in daily communication with interesting bloggers from India, Nigeria, Australia, the States, Canada  and other points all over the world.  Iceland. Greenland, Mongolia, Kenya and Indonesia.  Too many more to name.  I know what is going on with women’s rights in India and Journalist’s rights in Saudi Arabia.  I know that this week a Nigerian king cannot be buried because the man who has been raised from birth to accompany him to the grave (and by this euphemism, I mean to be buried alive with him, as in the style of Egyptian pharaohs) has run away!

I know that a good blogging friend’s beloved dog has passed away but I also know intimate details of the most important dolls in her life.  I know that my friend Judy King, who lives here in Mexico, had a Tiny Tears doll, as did I and I know the worries of a sixteen year old girl, a friend again looking for employment, the sadness of a twinless twin.  I have met nomads, travelers, photographers, introverts, shut-ins, journalists, and those fighting bravely for the security and safety of their transgendered friends.  It is incredible how the world has opened up for me in the nearly two years I have been seriously blogging.

A friend told me very early in my blogging life that she didn’t get it.  To her it just looked like an exercise in ego to be posting a blog each day.  I don’t think she’s ever looked at my blog.  Nor has another close friend who likes all of my books but who says she “Doesn’t do blogs!”  Other friends read and comment, knowing that even though a message isn’t sent exclusively for them and to them that it can still be personal and interesting and true.

In blogging we expand our circle–like a group telephone conversation on Skype or a support group or interest group. Blogging is the corner bar minus the drinks, the pot party where no one inhales, the slumber party not limited exclusively to girls. Very rapidly, it has become one of the most important parts of my life.  What I wake up for.  Where I go when I need advice or I’m feeling blue.

Some blogging friends have moved through my life and disappeared.  Most of them are mothers with a lot else to do, so I understand.  But others have come to take their place and I am constantly surprised by what it is that they respond to.  A recent posting with pictures of my favorite dolls of the past, posted exclusively for a friend who collects dolls, drew interest from men and from Judy King, whom I mentioned earlier–a journalist friend who wrote pages in my comments section–a wonderful story of her favorite doll that I hope she develops into a story some day.

Every day when I force myself to leave my house and go back out into the physical world, I meet people who, when they hear my name, say, “Oh yes.  I read your blog!”  People I did not know in my own small community as well as surrounding towns have become supporters, occasionally noting on Facebook or in my comments section that they are daily readers of my blog.  I’ve heard from kids I went to high school with, college friends I haven’t seen in 50 years–even one old boyfriend of my sister’s (when she was 12)  whom I had never even met when we both lived back in South Dakota.

I have reconnected with my favorite cousin’s wife and daughter, my high school principal’s ex-wife, who it seems was a friend of my older sisters in high school and who was there when those pictures of me and my friends in Johannsen’s dam were taken.  She and my sister were the ones who had driven us to the dam to swim!  And, in a remarkable coincidence, I’ve heard from Douglas Johannsen, whose uncle owned the dam!

Long story short, I’m not accepting the charge that I am writing a blog purely out of ego.  Yes, in writing it I am recording a life, but I am also making one.  And what a big big life it has turned out to be!

Thanks to all my funny, smart, loyal, dedicated, varied, weird, uncategorizable blogging friends.  I wish I could send you all a piece of cake or glass to lift.  Instead, I send you a slice of my life because you have sent to me so many slices of yours, and they were delicious!!!