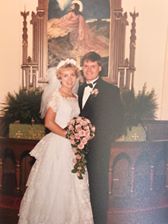 He found her shy and taciturn and not a little quaint.
She found him impetuous and lacking in restraint.
That personal space she guarded he invaded every day.
Her solo act he tried to crash, yet still she ran away.

He brought her flowers and chocolates. He courted her with rigor,
and yet the space between them seemed only to get bigger.
He had run out of wooing room. His prospects were too dim.
He felt that he had gone too far out that proverbial limb.

His thoughts that he could win her were just a wishful whim.
And so at last, he must give up. The lass was just too prim.
He did not seek her company. He did not text or call.
He gave a mere polite “Hello,” when they met in the hall.

Her flower vase sat empty. No chocolates in her dish.
It seemed that he had given her, finally, her wish.
She checked her phone charge. It was fine.
She waited for his pleas to dine

or see a film or to go dancing.
More and more, friends found her glancing
down the hallway, and they guessed
what she looked for, so they pressed

in a thermos from her house.
Why she wore that low-cut blouse,
why she seemed a bit distracted
and when he passed, she overacted.

They all knew that overall
she’d gone too far to build a wall.
They told her if she wanted him,
she had to make that wall a scrim

and turn her light on from inside—

to throw her solo act aside
and show him who she really was.
It became the office buzz

then, how the one who’d been the quarry
set her cap to woo and marry
one she’d formerly eschewed—
thinking him too brash and rude.

And this is how she turned the tide.
She bought a card and wrote inside,
“Faint heart never won fair maid,”
bought flowers and chocolate and paid

a string quartet to serenade him
and by doing so, she made him
once more resume all his wooing,
add his billing to her cooing.

And thus goes office romance.
Fellows given half a chance
will resume what they once started
and if they are not weak-hearted

wind up with the prize they sought,
forgetting that the one who fought
the romance and sought to repeal it
was the one to finally seal it!

The photo I used to illustrate this poem is of my nephew Jeff and his wife Julie.  They are the parents of Ryan, my nephew who recently visited. The prompt words today are quaint, personal, taciturn and solo, and here are the links: