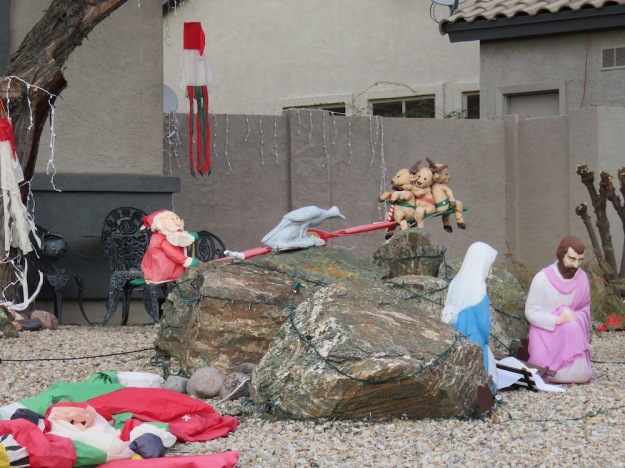 Christmas in a Modern Age

All around the town and all around the parish,
folks put up decorations wherein they laud and cherish
the Christ child and his mother and his holy birth
then put up lights and tinsel to show the joy and mirth
with which they remember all he represents,
and then they go a-caroling, these ladies and these gents,
overlooking other pilgrims in their present.
Dealing with such immigrants in real time is not pleasant.
They’d slam the door and relegate them to their horrid fate,
for generosity and charity is not the mode of late.
Religion is much easier when practiced from afar,
so those in need of shelter will not find our doors ajar.

The prompts today are joy, tinsel and cherish.

4 thoughts on “Christmas in a Modern Age”