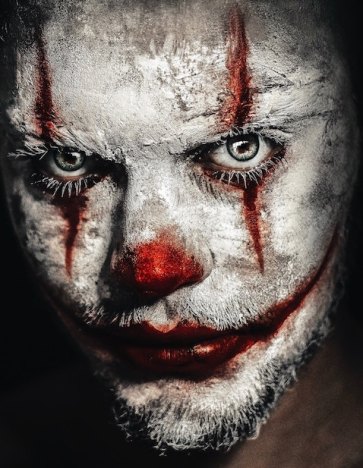 Image by Pierrick Van Troost on Unsplash. Used by permission

He held his campaign kick-off in a colossal yurt,
clad in plaid Bermuda shorts and a rubber shirt.
His children were unruly, but his wife was slim and perky.
She dispensed campaign buttons that were colorful and quirky.
On them he wore colossal shoes, big pants and a red nose,
but she explained the reason for his eccentric clothes.
Why he wore the clownish clothes and the painted face
was to even out the odds for the senate race.
He wanted to fit in, he said, with others in the Senate
and look like all the other clowns who were sadly in it.
He won out by a landslide—an open and shut case—
proving once again that any fool can win a race.

5 thoughts on “Fitting In”