It was beautiful fall in Sheridan Wyoming when I arrived on Oct. 1 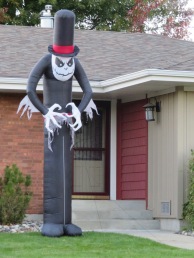 Halloween was in the air 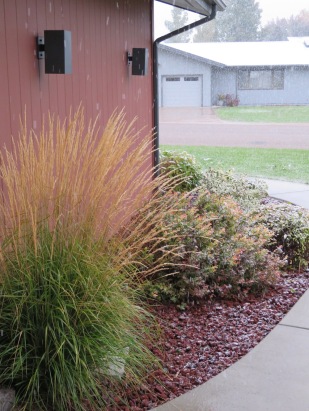 as well as a light rain. 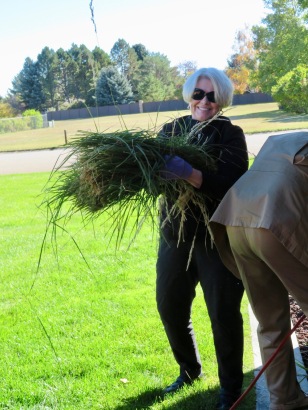 Patti and Jim decided it was time to cut back the tall ornamental grass before the snow came.

just in time. A day later, rain turned to snow.

and a different sort of precipitation covered the front walk. No tall grass to be weighted down! 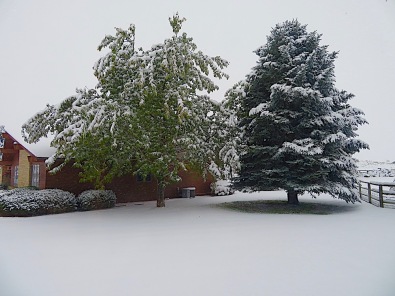 The trees put on their winter coats. 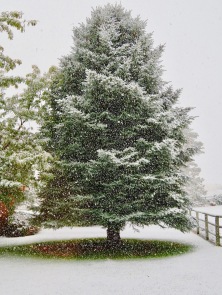 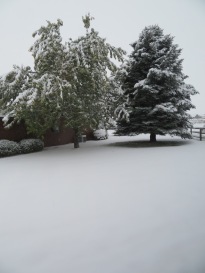 And color vanished from the world.

The front walk was transformed, and my socks got wet walking to the car! 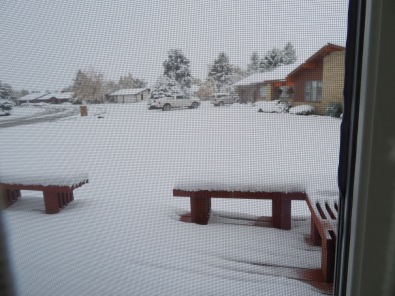 The back porch went from a light dusting to a heavy icing, 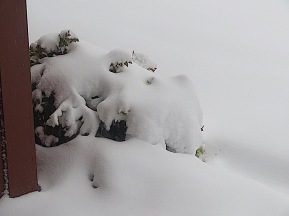 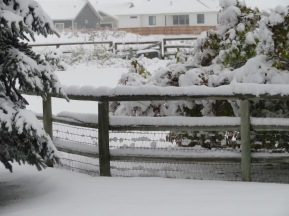 The neighbor’s fence acquired its own piles

and we all turned to inside activities: cuddling the dog, 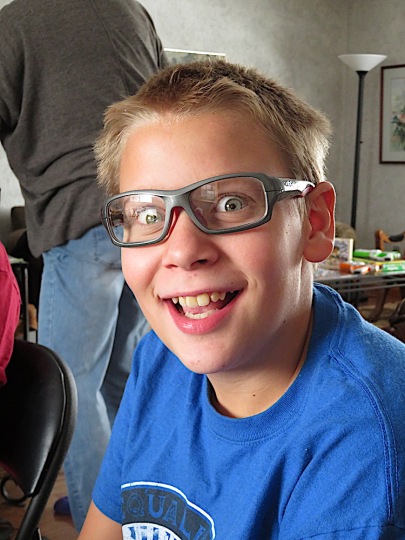 (Some of us turned into little piggies at the prospect 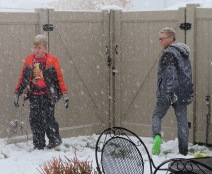 and were sent outside to work for their appetites.

They had few objections, quickly bending over 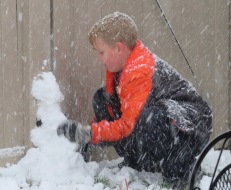 And later rode along as their dad drove me home. 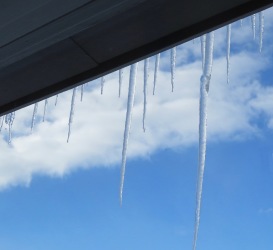 which in the heat of the sun

began to melt away,

This is a post from a few years ago, when it was still possible to travel to a place where there is a notable change of seasons. In my part of Mexico, the changes are not so observable. The hills get lush green in the rainy season and after 6 months or so, get a bit beiger each month until June, when the rain starts and they green up again. Things bloom year round, so otherwise, it’s hard to tell what season it is. For the past 19 years, my years have been broken into rainy season and non-rainy season. Keeps it simple.

For the Sunday Writing Prompt: Change of Season

13 thoughts on “A Change of Season, Sunday Writing Prompt”