Little Duck heard Big Duck trying to cover a new Tom Waits song and he was rattling at the door to get out.

As if magnetized, Little Duck was drawn to Big Duck’s riffs, but when, his enthusiasm overwhelming him, he attempted to join in, he ruined the chord. 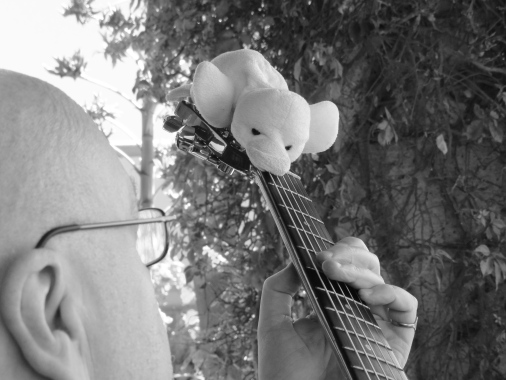 So, once Little Duck was able to overcome Big Duck’s slight annoyance, they were able to talk it over and come to a compromise.

And together, they discovered they could take the “Long Way Home” together. THE END

6 thoughts on “Duck and Cover”