So, I was sleeping and awakened to something going on in the living room. I thought perhaps one of the cats had jumped down and knocked something over, but then I heard a voice speaking. I opened my eyes and it was still dark. It is Sunday and no one is slated to come today! I reached out for the small dispenser of pepper spray I keep by my bed. It is 19 years old. Will it still work?

“Alexa!” I shouted, “Turn off the reminder!” Last night when I was setting the timer for the banana bread from Hell, I had set two reminders, one for 40 minutes and one for 45 minutes, but as I did, Alexa had misunderstood one and set it for nine hours and 40 minutes so I had redone it.

In the rush of the excitement over discovering my mistake and dealing with the lava flow in the oven and the other after-effects, two of the reminders had gone off and been silenced, but I had forgotten about the ticking time-bomb of the third.

Six-thirty in the morning and she was as dependable as ever. “Nine hours and 45 minutes. Time to take the banana bread out of the oven.”

“Alexa! Turn off the alarm!!” She finally heard me from two rooms away. I imagine the neighbors did, too. 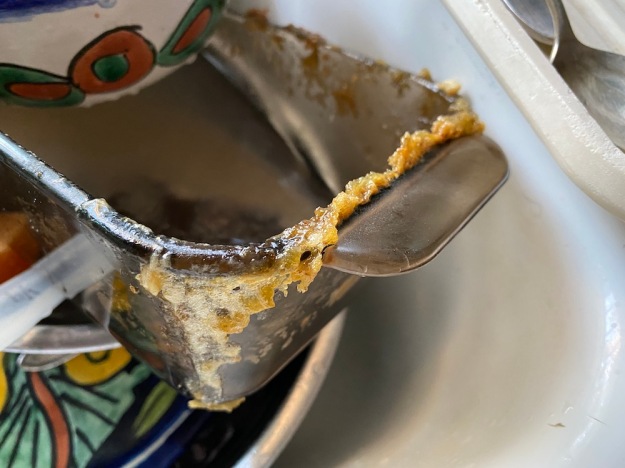 And this is what, along with caked-on sugar all over the bottom of the oven and a sink full of other dishes associated with the great fiasco, is what awaits me in the kitchen this morning.

An hour later, oven cleaned. Now on to the next round. 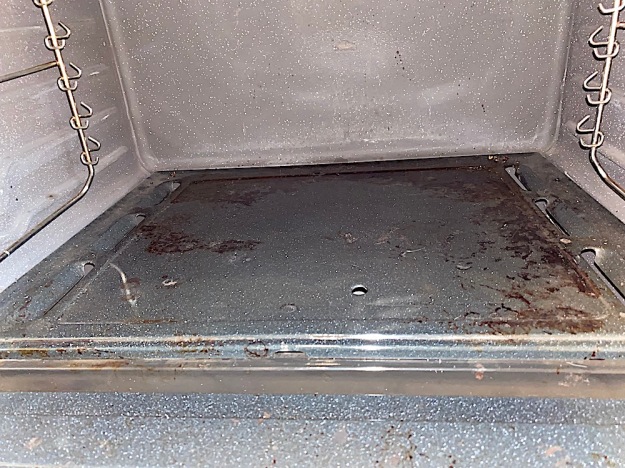 Well, almost. The oven light is burned out, so the oven looked great when I finished, but the flash of the photo has perhaps revealed a bit too much. Guess I have farther to go before getting this mess cleaned up. So this is how i have spent my 9th Sunday of “Shelter in Place” so far.