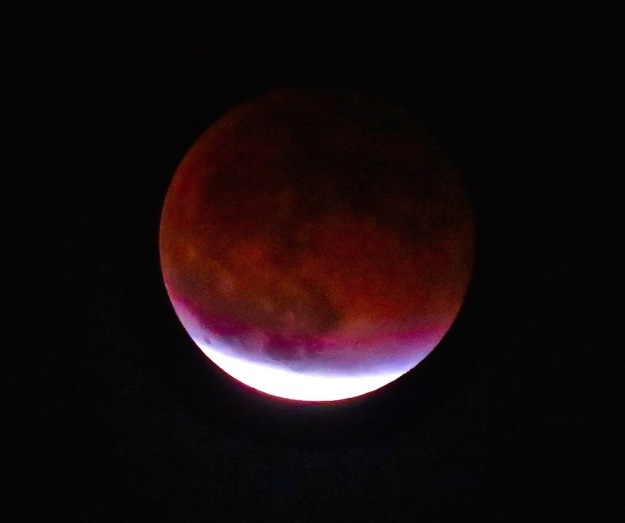 On the Night of the Blood Moon

Last night I rose to watch the full eclipse––
a blood orange moon, full in the dark night sky,
around it, scattered stars and tall palm tips.

It was as though in this world, only I
watched the last fingernail of glowing moon,
chewed at by shadow, slowly wane and die.

And then the night birds with their lonely croon
gave timbre to this darkened night soon joined
by lonely burro, braying for the moon

as though they mourned for vision now purloined
or simply sang for joy of adding to
the beauty of this dark moon newly coined.

Then once again the moon’s edge came to view.
Earth moved aside in favor of the sun
and for an hour, I watched as moonlight grew.

Then sought my bed, the pageant not yet done,
as light increased and shadow slowly waned.
Inevitably, once more light had won.

The ending known, no mystery remained.

3 thoughts on “On the Night of the Blood Moon”