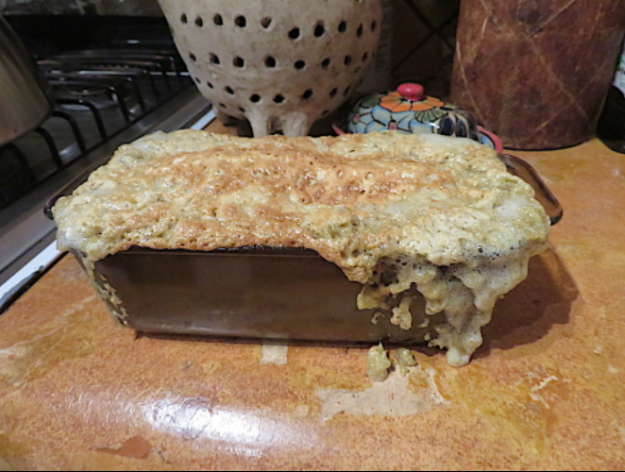 It was a layered casserole of maize and squash and beans
whose contents were indigenous and well within her means.
She blanched and drained and layered in a metal pan.
She followed all directions and plotted out each plan.

Dabbing on her favorite essence, she donned his favorite dress.
With the front door open, she didn’t have to guess
when he was walking up the lane and so she would be able
to greet him with a soulful kiss and dinner on the table.

But, her first endeavor which she’d hoped would be delicious,
in fact was not ambrosial, but instead pernicious.
It seemed as though the entire dish might be having troubles
as it rose above its boundaries with ominous pops and bubbles.

These were the things that went amiss
after his entrance and their kiss.
She rued the day that dish was born.
The squash was tough, as was the corn.

Instead they went to Burger King
and ordered one of everything,
came on home and gorged on it,
so their first meal was quite a hit.

She pitched her failed attempt within
a nearby waiting rubbish bin.
She was smart and so good looking.
He didn’t wed her for her cooking.