She’s on the fix:
repairing hems,
cleaning the oven,
puttying cracks,
organizing drawers,
straightening picture frames
with no idea
of how to fix
a cracked heart.
She needs a breaking
of old habits
—a lesson
on letting be,
leaving her broken things
to heal themselves.

Here is the prompt: https://dversepoets.com/
and below is where you can go to read other responses:
For the dVerse Poets Quadrille Challenge: Fix

As accomplished in his love-making as at a game of dice,
his name was John Dukakis, but they called him Cool Jack Ice
because his smile could warm or freeze, depending on the way
his luck played out or didn’t, as it changed from day to day.

When he purchased Jacob’s cattle and his Golden Acre Farm,
He thought that he would use them to impress the new school marm.
He’d be a wizard as a cowboy, a czar of cultivation.
He’d win her as his bride before the coming school vacation.

He’d heard she was an ice queen a real “Reine de Glacé.
And since he was the King of Ice, he knew the game to play.
He donned his purple sword and a coat of dazzling blue.
If he was to be her Lochinvar, he knew just what to do.

He swooped down on his Ellen at the school fete,
saved her from the stag line and took her on a date.
The aurora borealis shone down from far above
As, feigning true and tender, he declared undying love.

He called her his sweet princess for those months he sought to woo her.
It was only after they were wed that he began to rue her.
She was a lazy housewife, he said, and counted coup,
taunting her as his black beauty as he beat her black and blue.

She fled into the freezing cold, a trail of tears behind her,
taking refuge in a secret place where he would never find her.
And as her bruises turned her into a purple queen,
she plotted out her vengeance, silent and unseen.

They say it was blue fire that streaked across that night
that both Jack Frost and Black Jack Ice took their final bite.
What footsteps there were left were so filled up with snow
that not a single tracker could tell where they might go.

Severed from its body, Jack’s face had ceased to smile
as the one who wiped it off his face sped onward, mile by mile.
on Jack’s steed, and since that day, no one has defamed her,
for to put it bluntly, not one who knew him blamed her!

And, in case you didn’t read it before, here’s another poem I wrote about an heirloom tomato: https://judydykstrabrown.com/2020/02/12/aunt-lous-underground-railroad-tomato-for-black-history-month/ 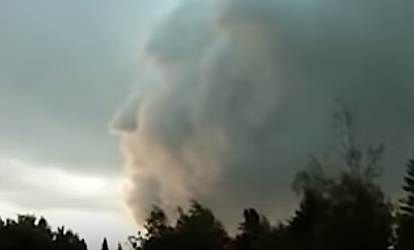 He hovers in the corner less frequently now. His face is rarely seen in clouds. He leaves no further messages as the cats walk over my computer keys. It is true that sometimes I catch the scent of him, but it’s not often and not for long. Who knows how long a spirit is tied to earth? The cats sense him sometimes, as do the dogs. The candelabra with its arms arched upwards and the carved wooden Virgin of Guadalupe statue rising up like a head in front of it, in a dark room backlit by kitchen lights, has given me a start now and then; but I soon realize it is not him. None of these places are where I keep him now. It is only long after midnight, when, exhausted, I fall to dreams, that his shadow shouts on a nightmare scream.

For the dVerse Poets Pub prompt, we are to write a 144 word prose piece that contains the quote “his shadow shouts on a nightmare scream” from Maya Angelou’s poem “Caged Bird.” Read other responses to the prompt HERE.

Photo by janko Ferlic on Unsplash. Used with permission

He invented silly. It began with how he looked.
His eyes were slightly bulbous and his nose was long and hooked.
But he had such charm within him that it really didn’t matter.
Choosing between Brad Pitt and him? I would choose the latter!

For dverse poets quadrille prompt: silly and Here is where you can read more poems on the subject. A quadrille is a poem that contains exactly 44 words.

Diego chooses other ways to try to convince me he is the one at the top of the heap. 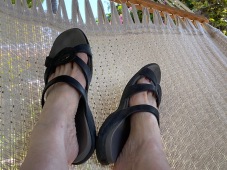 The dVerse Poet’s prompt today is the word “flush.” The poem is to be a quadrille—-exactly 44 words, not counting the title. 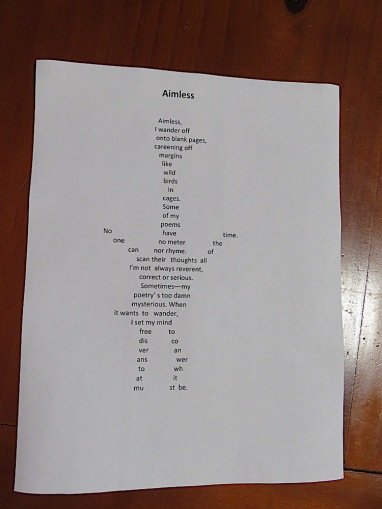 There
Is a place in all of us
Where we converse
With a different part of our mind.

Anyone
Can do it.
All it takes
Is turning off the television
Or the free cell solitaire
And bringing up a blank page on the screen
And filling it.

A poet
Is someone who chooses to go there often
And to add to the bank
Of wisdom
That comes from the part of us
Whose language is
Poetry. 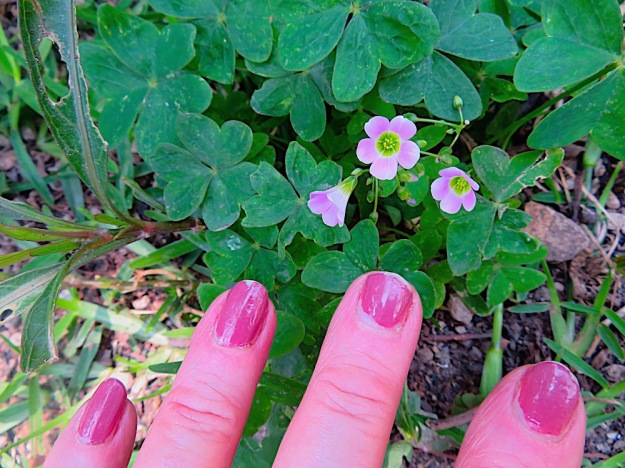 Wish upon that falling star and
put a four leaf clover in your button hole.
Carve our initials into soap and rub them into us.
Light a candle and chant a spell,
because I want,
because
I’ve got to have
magic.