You’ve shown us through your policies as well as how you feed
that the only real emotion you experience is greed.
Everything you come upon you brand with the name “Trump,”
Yet lack of compassion still labels you a chump.
In all your machinations, you attempt to spin the pulley.
Like other gleeful little boys, you have to play the bully.
What you have written on the world is not, Sir, what will last.
The image history makes of you you have no power to cast
unless it’s by your actions, and it’s clear what they have been.
How many evil actions have you endorsed with your pen?
Those fed their pablum with golden spoons may not develop empathy,
but that’s no reason why they couldn’t exercise some sympathy.

Things Donald Trump has named after himself: (Thanks, Wiki.) 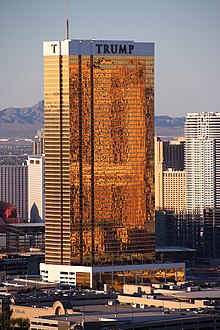