Want to see these photos better? Click on any one to enlarge them all. 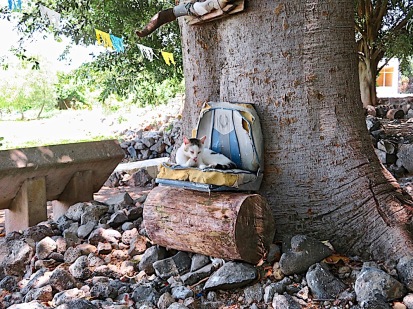 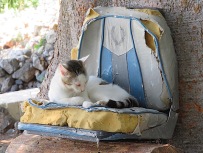 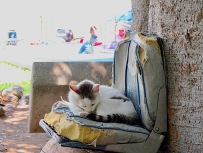 Pull up a Seat

These pictures were taken on Mezcala Island, where “from 1812 to 1816, a small band of Mexican rebels or insurgents on the island held off the Spanish army and navy against overwhelming odds. Tired of the humiliation, the Spanish finally negotiated a peaceful surrender with the insurgents. Later the island served as a Spanish prison for many years. There is a Ceremonial precinct where indigenous structures and hieroglyphics existed on the island before the fortifications were built.” ***

Traces of these sites still remain. Now it is a popular tourist spot in Lake Chapala.  This little lady seems to have declared herself in charge.

6 thoughts on “Pull up a Seat”