Everything is in the Shape of a Bird, a Fish or a Woman

Look how they frown in the old photograph:
my grandmother, her sister,
her two daughters and her granddaughter.
All of the women are very stern.
Grandma looks out of her element,
her eyes shielded against the sun.

In the yellowing photo,
“Taken at homestead” written on the back,
They stand, stark house behind them.
From the porch overhang, a sparse vine hangs,
but on the hidden tendril of the vine,
in the dead tan prairie that surrounds the scene,
in the summer grass bent low, I imagine birds.

It is a drying photo—brittle, cracked,
of three generations of prairie women.
Although none there knew it,
a waterhole is in their near future,
and in this stock pond that my dad would someday dig,
would swim perch and crappies,
sunfish, northern pike.

And although none there will ever see it,
in my house, everything is in the shape of a bird, a fish or a woman.
On the wall hangs an earthy goddess–
stolid and substantial.
Birds perch on her shoulder, arm and knee.
On the hearth, a crow formed out of chicken wire.

A soapstone fish swims the window ledge
beside that aging photograph
and on another window ledge
are two ancient terra cotta figurines.
The small one kneels in her kimono, playing pipes.
The large one stands wide-hipped
with arms narrowing to points
above the elbow.

The house in the photograph
has been long-felled by rot and fire and rust.
All of the people except the youngest are dead.
Yet still in the grass, the meadowlark.
and in the muddy pond the minnow.

In the glass of the photo frame, I see my own reflection–
thinning lips pulled into one straight line.
around me is their house, their sky, their prairie grass.
In the glass, my face
turns into the face of my grandmother.
I flinch but do not falter.
I look deeper.
Reflected in one eye, a perched bird.
in the other eye, a swimming fish.

(To enlarge all photos, click on first photo and arrows.) 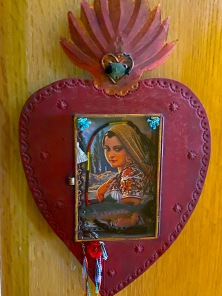 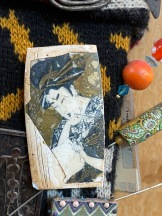 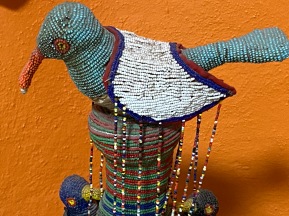 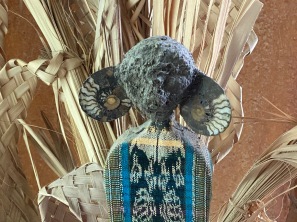 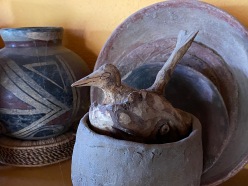 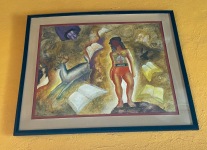 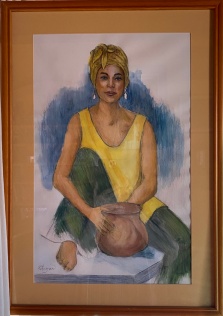 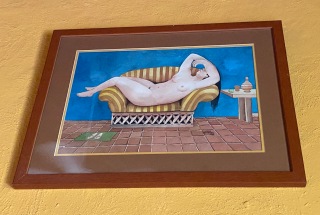 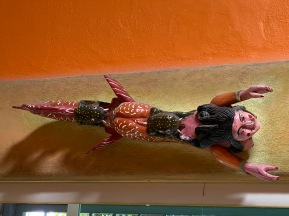 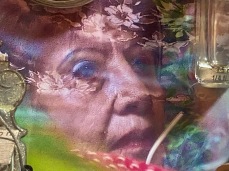 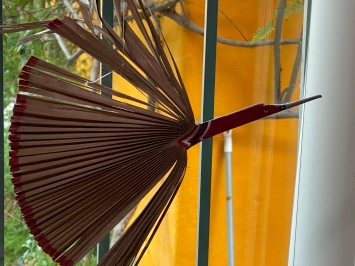 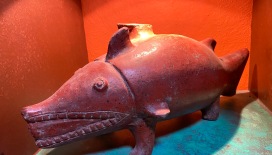 28 thoughts on “Everything is in the Shape of a Bird, a Fish or a Woman”