Here’s to the letter “C” that marks what is in the middle.
Somewhere between “A” and “F,” it has been known to fiddle.
While “A” studies most diligently, “C” is bound to shirk.
It has a certain phobia regarding too much work.
It’s head and shoulders above “F” and far better than “D.”
Nobody ever flunked a course by maintaining a “C.”

And yet it calls no sound its own. It’s either “K” or “S.”
At birthday time,  we’re given kake and winning brings suksess.
We’re stopped dead in our trases. When we’re kissed, it’s a karess.
Why “C” has no sound of its own, not one of us kan guess.
When the sirkus komes to town, it’s happened onse or twise
that the krokodiles eskape. It isn’t very nise.

Townfolks run and skurry—skared as they kan be,
for katastrophes kan happen when krokodiles run free.
It isn’t too konvenient, as you kan klearly see
to be a kurly letter the likes of letter “C”
that’s firmly in the middle, with no sound of its own.
Does “C” dream of being “S” when it’s fully grown? 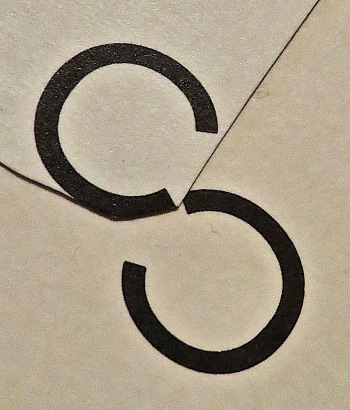 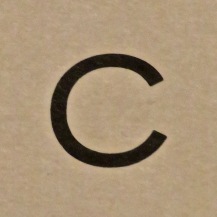 For “The Letter C” prompt by Daily Inkling.