Though it’s a lovely wedding, after the seventh toast,
you’re tired of the well-wishing and each new smart riposte.

You’ve had too much champagne. You can’t face another bubble,
so you ask for a martini and say, “Make it a double!”

You’re fatigued by the spectacle and need to get some air,
so you wander to the terrace to view the cloudscapes there.

Your shoes are less than comfortable, so you slip them off,
and find that you are lost in dreams when you hear the cough

of an interloper who has joined you in escape—
another wedding attendee who’s come outside to gape.

He joins you at the railing and elbows you for room,
and before you know it, you are flirting with the groom!

When you feel his arms around you, you take it in your stride.
You’ll have no regrets later, for luckily, you’re the bride!

Prompt for today are cloudscapes, attend, spectacle, riposte and comfortable. Image by Marcus Lewis on Unsplash.

Here are this week’s questions:

1. What is a huskador? A storage container for ears of corn once you’ve stripped off the kernels.
2. What is a cavapoo? A bathroom stop for a cavalcade of people.
3. What is a chorkie? A minor choking fit while eating a pork pie.
4. What is a lollie?  A tiny tot’s rest period.
5. What is a dorkie? What you open a door with.
6. What is a springador? What you have to do when you forget your keys.
7. What is a scottie?  A diminutive citizen of Edinburgh.
8. What is a puggle?  What someone with a severe cold is standing in when he’s ankle-deep in water in the street.
9. What is a pekalier?  A very odd person.
10. What is a schnappy? A doggie diaper for your pet schnauzer.

For the Fibbing Friday prompt.

This is an absolutely hilarious true story by “Silly Old Sod.” I couldn’t find a reblog button for WP so I’ve done screenshots of his lead-in and put a link at the bottom so you can go to his blog for most of the story. It is well worth it, so please read to the end. 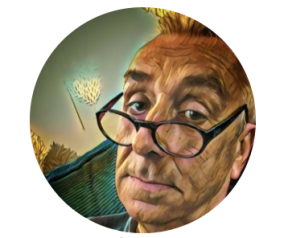 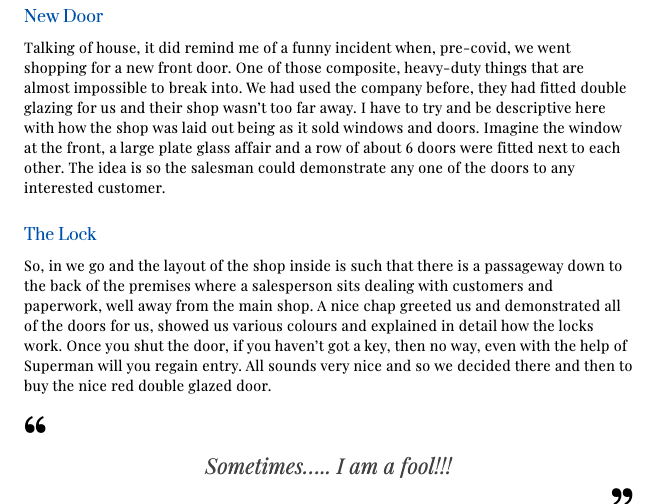 Now, go here to ready the rest of the story: https://www.sillyoldsod.com/locked-in/ 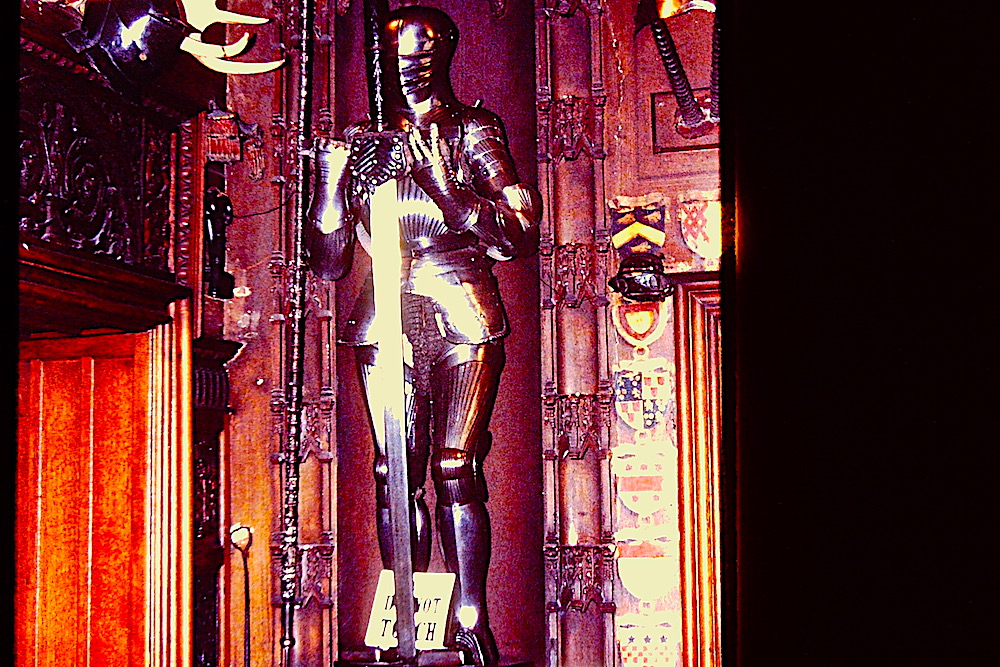 A Night in Shining Armor

The royal chambers  were impressive, their ceilings high and vaulted,
and the king that lived within them was respected and exalted,
but he’d grown a bit too portly around his hips and bust.
To put it more politely? He was overly robust.

Only once a year was there a problem with his girth.
On the anniversary of his country’s birth
when he had to put on armor, it had become a must,
if he was to fit inside it, to be securely trussed.

Thus girded and then girdled, he was stuffed within
armor made for him before, back when he was thin!
Luckily, there was sufficient room around his face,
so, although the rest of it lacked sufficient space,

he was able to make speeches about affairs of state,
to eulogize and glorify and pontificate!
Then, after the ceremonies, feeling young and sprightly,
he visited his concubines, clad regally and tightly.

But when he tried to exit his protective crust,
he found that he’d been glued within by a seal of rust!
They tried to use a crowbar, a hammer and a chisel,
but, alas, it was a rainy day and all that drizzle

had sealed him tight within the metal of his kingly raiment,
making it a prison, not just a brief containment.
At length, they called a blacksmith who with cutting, prying, hammering,
in spite of the king’s protests, his commanding and his yammering,

removed the monarch from his shell, released him to his ardor,
none-the-worse for all those nightly visits to his larder.
The ladies took him to their beds and comforted and soothed him,
giving him that royal special care that much  behooved him.

And when next year the king was placed upon his royal charger,
the armor that he wore was seen to be some sizes larger.
The invoice that the blacksmith sent for the king’s re-guising,
tactfully just charged him for adjustment and resizing,

but in fact, the artisan had made a big improvement
bound to make it easier for future royal movement
if he kept up his nightly search for items that were edible.
Cleverly, he made it out of chainmail that was spreadable!

Prompt words today are robust, invoice, sprightly and exalted. I took this photo in 1969 on an eight week driving tour of Great Britain. It was taken in the castle of Sir Walter Scott.  Just this year, I bought a slide converter and converted the slides of that trip to jpegs. I hadn’t seen these photos in almost fifty years! Came in handy today. 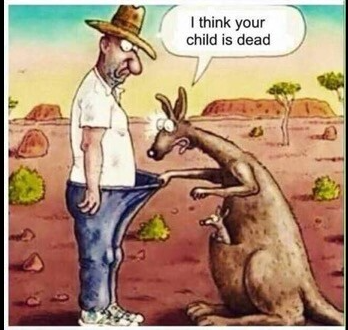 She was a paradigm of leisure, a role-model of laziness.
For her, excess mobility was just a sign of craziness.
She thought the act of exercise simply bore no credence.
In short, in her life, exercises had no antecedents.

She thought that the whole fitness craze was simply a vile plot
within which, in all her wisdom, only she had not been caught.
And so while all her neighbors put their bodies to the test,
she just exercised her option to remain at rest.

Prompt words for the day are mobility, paradigm, credence and plot.

Thanks to my friend Candace for showing me this!! 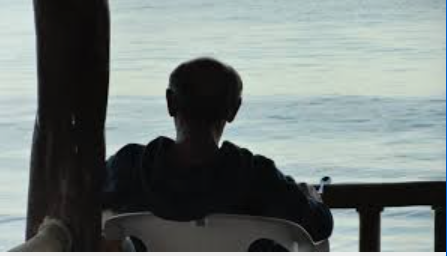 A study of your phenotype reveals that something’s missing—
a fact that I have noticed in our hugging and our kissing.
You seem not to be happy while following desire.
If you were a crematorium, they’d have to stoke your fire.
So although you are not lacking in gaiety or fun,
when it comes to sex appeal, I fear, my dear, you’ve none.

the set of observable characteristics of an indiv. resulting from the interaction of its genotype with the environment

She met him at the harvest dance.
An act of fate, they met by chance.
The very first grown man she kissed,
he was a traveling journalist,
and she had barely got love’s gist
when he vanished in the mist.
For reference, she had not any.
She had not made love with many
and those she’d had were only boys,
as unacquainted with the joys
of mature love as she had been,
for they were only kids, not men.

She found it tedious at best
to spoon with any of the rest,
and yet she tried, and kept a list
in which she rated and she dissed
those teenage lovers that were left
once journalism left her bereft
of seasoned lover who had pleased her
whereas all the rest just squeezed her
wrong, somehow. They smacked and cuddled,
yet, somehow, they all just muddled
what she’d had occasion once, perchance,
to experience at the harvest dance.

She finally devised a plot
wherein she could improve her lot.
She’d do a deed of much renown
to draw her lover back to town.
And this is why she planned the prank
wherein she would rob the bank.
Of course she’d send the money back.
The larcenous gene she seemed to lack,
but this would create so much news
that she was fairly sure he’d choose
to come investigate the crime,
and that would be the perfect time
to improve her skills of woo.
He’d be her prey and she’d count coup.

For a week, her schemes just perked.
She watched and waited, planned and lurked
watching for the perfect time
to enact her lovelorn crime.
And, finally, the time seemed good.
She donned a long-armed cloak with hood,
took her daddy’s gun and, masked,
said “Stick ’em up” when she was asked
if she was seeking to deposit,
distressing her, it seems, because it
seemed to  cause so little pause,
from the teller, perhaps because
the teller, who was also masked,
gave her a sucker before she asked
what transaction she might mean
to request on this Halloween!

And so it was the plot was foiled.
By mistiming, her plans were spoiled.
She abandoned larceny
and resumed her tomfoolery
with the local high school boys
wherein they all discovered joys
by practice to bring that surcease
she’d sought to learn by expertise.